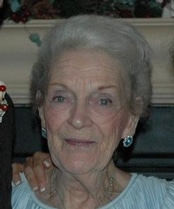 Audrey Louise Sullivan Kane passed away Thursday, 24th Sept 2009 as she wanted it, at her home in Kansas City. Born in Saint John, New Brunswick Canada, Audrey married Vance Kane and moved to Omaha Nebraska, where she spent most of her life. She was in her early forties when Vance died and Audrey raised the three teenagers by herself in suburban Omaha. She transferred to Kansas City in the early 80’s with her job and spent the last 25 years primarily in Kansas City, both in Waldo and on the north side. She worked until she was 72 and enjoyed her fifteen year retirement caring for pets and various gardens, playing cards and hosting her friends and family for gatherings.

There will be a private family service on Saturday, 17th October 2009. She has left us with three lovely children: Sandra Maureen Kane Friesen, Peter Vance Kane and Marilyn Patricia Kane. Along with their family and loved ones, Audrey touched many a heart with her Irish humor, endless stories, love of animals and love of dance. She loved her daughter Sandra & her husband Doug Friesen; with grandchildren Todd Vance Stansbury & Laura Duke; Jill Renee & Bryan Staley; David & Melissa Friesen; Mark and Liz Friesen; son Peter & his wife Sandy Kane; grandchildren Tiffani & Eric, Brittani & Deon, Vance & Shannon; and daughter Patricia & her husband John Schuster; grandchildren Jeff & Tamara Schuster and David Schuster. Many great grand children are also on the scene and she so enjoyed seeing this third generation behind her.

Her wit and humor was a constant—as she said often, “there is still some kick in the old mick yet”. She knew an inordinate number of card games, winning much more than she lost. Notoriously bad at directions, she often got lost in large and dramatic ways in the various red convertibles she fancied as her car. Driving into the off-limits sections of Leavenworth prison on her way someplace was just one of her many stories of getting hopelessly misdirected that entertained the family. Stepping into the hidden birthday cake and leaving her shoe print in the frosting was another one. There are many “Audrey Stories” – she was compared to Lucille Ball in the hilarious adventures. She is dancing now with her life’s love – Vance.