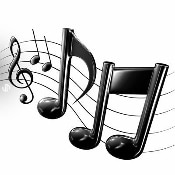 Bernadette Boyle Gutter, longtime resident of Longmeadow, Mass, passed to her final resting place on Sunday, March 29, 2009, at her home in Independence, MO. She was born March 24, 1935. Raised in Darien, CT, she attended Wells College and Yale School of Music where she followed her passions for organ and piano. She was a student of Nadia Boulanger and Frank Bozyan among others. Her musical talents brought about a long career as piano teacher, organist in many local churches, and professional concert performer. In addition to a long list of students and musical acquaintances, Bernadette is survived by her dear friend and musical partner Karen Grenawalt of Independence, MO, and her two loving daughters Deborah Goldenberg of Houston, TX, and Sheryl McQuade of Wilbraham, Mass. Also surviving are her brother Alexander R.M. Boyle of Chevy Chase, MD, and her four grandchildren, Joel and Adam Goldenberg of Houston, TX and Collin and Jenna McQuade of Wilbraham, Mass. In lieu of flowers, donations may be made to Wells College, PO Box 500, Aurora, NY 13026.