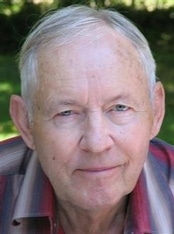 J. W. (“Dub”) Yates of Columbia, Missouri, died Thursday, November 19, at University Hospital after suffering a heart attack. His memorial service will be in the Epple Chapel at Lenoir Community Center, Columbia, Missouri on December 19th at 3 PM.

Dub was born on February 5, 1924, in Smithville, Missouri. He attended William Jewell College before entering the Navy, where he served on a PT boat in the South Pacific during World War II. After the war, he earned bachelors, masters and doctoral degrees from the University of Missouri-Columbia. During his career as a counseling and educational psychologist, he served as a faculty member at the University Missouri, Saint Cloud State Teachers College, the University of Kansas, and Southern Illinois University.

He married Janice Lyon in 1947, and they had two daughters, Nancy Knipping of Columbia, and Ann Mertz of Buena Vista, Colorado. In addition to his wife and daughters, he is survived by four grandchildren, Jonathan Knipping; Kevin, Emily and Andrew Mertz; and a sister, Jo Yates Coleman. He and Janice moved to Columbia in 2007.

In lieu of flowers, contributions in his name to the Child Fund International,