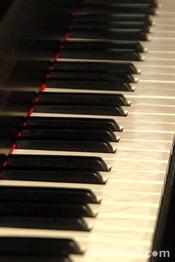 Janet K. Cleveland, 90, died peacefully at home on November 15, 2008, surrounded by her loving family. An avid music lover and piano player, Janet was born in Murray, Utah, on August 10, 1918, to Burwell and Helen Kilbourn. Shortly thereafter her family moved to Omaha, Neb., where Janet grew up, graduating from Central High School in 1936. After graduation Janet attended Omaha University and later the University of Colorado at Bolder where she received her BA and was a member of Pi Beta Phi. Janet later moved to Kansas City where she married Earl, her husband of 62 years, on July 6, 1946. After starting her family, Janet returned to school at the University of Missouri-Kansas City where she received a MA in Education. Janet taught second grade in the Shawnee Mission School District, later becoming a special reading teacher. After retirement, Janet served as a volunteer teaching older adults to read. She also volunteered in various activities for her church. Janet is survived by her husband, Earl; daughters, Mary Cleveland and Martha Shahlari; and son-in- law, Stephen Shahlari.