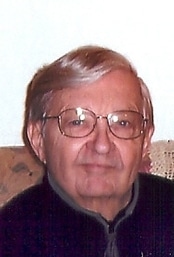 Joe was born to Robert and Lillian (Petrik) Sestak on November 28, 1934 in Tabor, SD.  He attended St. Wenceslaus Catholic grade school and graduated from Tabor High School.  Joe joined U.S. Army’s 10th division on January 4, 1955 and was assigned to the 41st Combat Engineers.  Joe proudly served most of his time in Germany, and was honorably discharged December 20, 1957.  He received his Bachelor of Science degree and attended graduate studies at South Dakota State University, Brookings SD.

October 1962 he began his career in Seattle WA as an Agricultural Statistician with the National Agricultural Statistical Service, USDA, later transferring to Washington DC.  June 1969, attended North Carolina State where he continued his education in statistics.  After two years in R&D he transferred to Portland OR, before settling in Columbia MO.    While in Oregon he was active in Scouts as Cub Master and Scout Master and was a charter member of the Tualatin Lions Club.  In Missouri he continued with Scouts, Downtown Optimist, and investment clubs.  Joe earned the Silver Beaver award in 1994 for his nearly 35 years of service with the Boy Scouts.  He was a member of Our Lady of Lourdes church.

Joe is survived by his wife Marilyn (Wagner) of Columbia MO, their son Dean of Plano TX, daughter Lynn of Columbia MO, brothers Robert (Lou Anne) in Renton WA, Ronald (Joyce) of Tabor SD and many nieces and nephews.

Per Joe’s wishes cremation has taken place and a Christian burial will be in Tabor South Dakota at a later date.