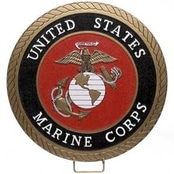 Terry Sanders of Bonner Springs, KS passed away February 2, 2009.  He was born September 22, 1946 in Alma, Michigan .  He is survived by his wife, Cheryl of Bonner Springs; daughter and son-in-law, Elizabeth and Arthur Riley of Shawnee, KS; son and daughter-in-law, James and Renee Harvey of Flint, MI; and the absolute joys of his life—his granddaughters, Jessica and Emily Riley and his grandson, Aaron Gardner.  Also surviving are his sister and brother-in-law, Jill and Richard Franks of Greenville, IL; brother, Michael Sanders of West Branch, MI; and many extended family members and friends.  We all celebrate the release of Terry from the broken body that has held him captive for so long.