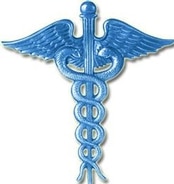 Terry R. Denison, M.D., passed away on August 26, 2010, at the age of 81 from complications of Parkinson’s Disease, in Leawood, Kansas, his home for the past 46 years. He was born on February 22, 1929, in Wichita, Kansas, the son of Howard and Carol Robison Denison. Terry is survived by Vivian, his wife of 59 years, his four children, Leslie (Daryl) Rutschmann of Topeka, Kansas, Mark (Laura) Denison of Nashville, Tennessee, Rebecca (Ted) Hartsig of Overland Park, Kansas, and Stephen (Lisa) Denison of Austin, Texas, as well as 11 grandchildren and two great grandchildren. Terry grew up in Wellington, KS. He graduated from Wellington Third Ward High School in 1947 and from Wichita State University in 1951. He graduated with top honors from the University of Kansas School of Medicine in 1956. He served in the United States Army as a Pediatrician from 1956 to 1964, during which time he rose to the rank of Major. From 1960 to 1963 he served as Head of the Pediatrics Department of the 11th Field Hospital in Augsburg, Germany. Following his military service, Terry joined the Mission Clinic (Mission, Ks.) as a Pediatrician, where he served children and their families across Kansas City for 16 years. He then pursued a fellowship and practice in Allergy for 28 years. He retired in 2006 and spent the last four years living with his wife Vivian at the Grace Gardens Manor. Terry’s passion was his wife, his family, and his patients, and his life was devoted to bringing health and happiness to all he knew. He also loved the Chiefs (having season tickets every year since 1964) and avidly followed KU basketball. He was a craftsman with wood, read incessantly, and loved to swim. A Memorial Service will be held at 3 p.m. Saturday, Aug. 28, at the Manor at Grace Gardens Retirement Community, 5201 W. 143rd St., (143rd and Nall) www.gracegardenscommunity.com/contact_map.html. A reception will be held immediately following the service. The family requests no flowers and suggests contributions in Terry’s name to the charity of your choice. Please send condolences to Vivian Denison, PO Box 23280, Overland Park, KS 66283-0280.