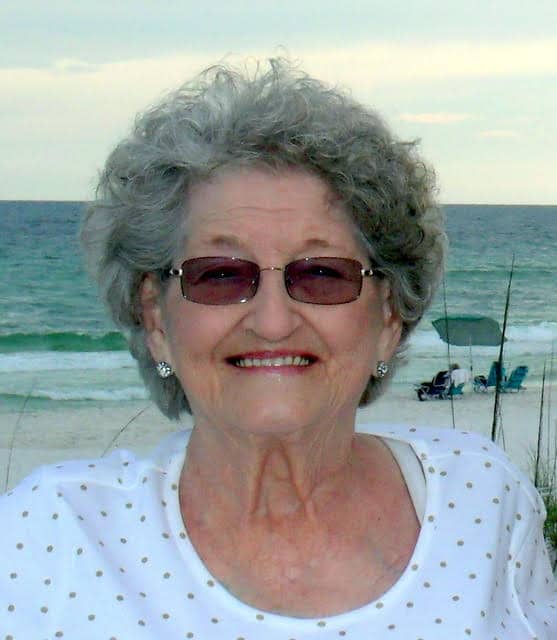 Frances Lorene Gentry Turner 92, of Rocheport, passed away peacefully in her home on April 20th surrounded by her family and friends. Frances was born on January 4, 1924 in Boone County, to the late Charles and Brooksie James Gentry. Upon their early deaths she was raised by paternal grandparents Richard and Martha (Taylor) Gentry.  She was a 1941 graduate of Hickman High school. In 1956 she married Carl E. Turner Sr. He preceded her in death in 2009. Frances was the loving mother of Linda (Phil) Chapman, Carl E. “Butch” Turner, Charles E. “Chuck”(Vickie) Turner, Mary (the late Bart) Maxwell, and Maria (Paul) Begemann.
Frances retired as a chief clerk from the University of Missouri Registrars Office. She dedicated herself to her family and community. She was former board members of the Friends of Rocheport, the Rocheport Monitau Senior housing, the Rocheport Disciples of Christ Church, the Christian Womens Fellowship, and a committee chairperson for the City of Rocheport. Later on she retired after 20 years of being Mayor. In her later years Frances loved to travel and spend time with her family. Along with her children, she is survived by her grand children, David (Brenda) Chapman, Lori (Rich) Bishop, Jessica (Ricky) Cook, Travis (Steve) Cima-Studley, Christy(Shawn) Tiffany, Justin (Kim) Begemann, Ashley (David) Baysinger, Nichole Turner, Cara Turner, Megan (Leon) Bontrager, Cody Maxwell, Mariah Begemann, Morgan (Drake) Kintner, and her name sake (Gentry) Begemann, She also had a new generation of great great grandchildren. Also surviving is her sister in law Mary Louise Rapp. Frances was preceded in death by her husband of 53 years Carl, her parents, grandparents, sister Bea Even Stuart, great grandson Jayden Paul and son-in-law Bart Maxwell. A private family graveside service will be at the Memorial Cemetery. To honor Frances a celebration of life will be from 1:00 to 4:00 p.m. on Sunday May 1st, at the Rocheport Community Hall. In lieu of flowers donations may be made to the Rocheport Christian Church 2nd Street, Rocheport, MO 65279. The family of Frances wishes to thank her doctor of 34 years Charles Chapman and all of those from the Boone County Hospice that provided the loving care in making her final days comfortable and peaceful.