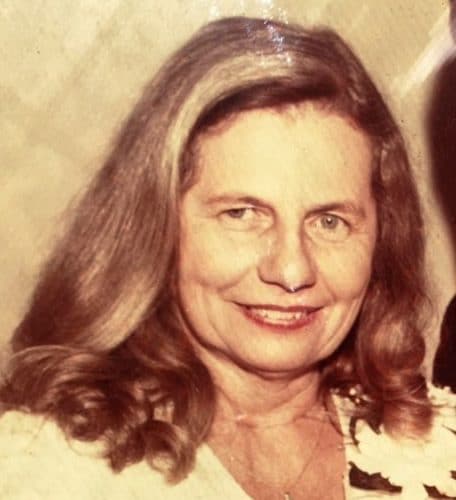 Margaret was born on April 27, 1925 in Chicago, IL, the daughter of Samuel and Marie (Romcho) Feciura.

Margaret was a medical EKG technician at Woodlawn Hospital in Chicago where she met the love of her life, Bill Cox, while he was completing his medical residency. She accompanied her husband to Japan, while he served as a physician in the US Army Medical Corps. They returned to Jefferson City in 1950 and set up his medical practice. She served as her husband’s office manager. They retired to Clearwater Beach FL.

Margaret was a member of the Central United Church of Christ, the Cole County Medical Auxiliary, the Jefferson City Country Club and Meadow Lake Acres Women’s Golf League, helped deliver Meals on Wheels, and was a Cub Scout and Brownie Scout troop leader.

In addition to her parents and husband, she was preceded in death by her sister Claire Barnes of Chicago.

Private graveside services will be conducted at Hawthorn Memorial Gardens.

In lieu of flowers, memorial donations may be made to Ascend Hospice, 738 NE Anderson Lane, Lee’s Summit, MO 64064.