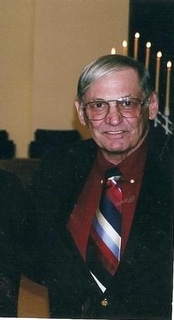 Bruce R. Sproul passed away on March 21st at 6:30 a.m. with family by his side. He was 66 yrs. Old. He was born in Boston, MA on January 10, 1944. He is preceded in death by his parents, M. James and Maizie K. Sproul; and a sister, Sandra Sue Sproul. Bruce is survived by his fiance’, Mary Pierce of KC; Sister, Elaine Belham and her husband John, Gulfport, MI.; daughter Lisa Sproul; son Shawn Sproul and his wife Sherri; along with four grandchildren; Austin, Dillon, Caden, and Kristyn, all of Kansas City. Bruce attended Tabor Academy in Marion, Mass and then transferred to Miami Military Academy in Miami, FL. where he graduated as Company Commander. After that he attended Curry College in Massachusetts. Bruce then went on to try out for the Boston Red Sox and the Los Angeles Dodgers. He was accepted by the Dodgers and played on their Lakeland, FL. farm team as a catcher until knee injuries prevented him from playing any longer. He then went on to make a career in sales. He was a member of Barry Christian Church and was a dedicated member of A.A. He was very proud of his sobriety and shared his journey to help others conquer this disease. Bruce loved sports and was a huge Boston Red Sox fan. Services will be held on Thursday, March 25th at Barry Christian Church, 1500 N.W. Barry Rd. Kansas City, Mo 64155. Family will accept friends from 5-6 p.m. with a service being held at 6:00 p.m. Cremation to follow.