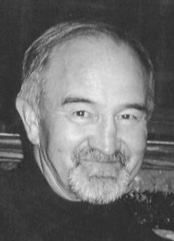 Dale Leo Culver 65, of Columbia, Missouri, passed away Sunday, April 10, 2011, at his home, after a brave battle with cancer.  Dale was born April 25, 1945 in Friestatt, Mo, to the late James and Lulu Boehland Culver.

The meaningful things in Dale’s life were being a good husband, and father; hunting, fishing, and having many lifelong true friends.  He had a lifelong love of nature and enjoyed the early morning and late evening solitude of the outdoors.  He enjoyed helping people, especially those who couldn’t help themselves. He will be remembered as a man of character, along with his wit and sense of humor.

Dale was drafted into the US Army and served in Vietnam with the 4th INF DIV BTRY A 6th BN 29th ARTY.  He was a member of the VFW Post 280, and a member of the United Brotherhood of Carpenters, Local 1925.

He is survived by his wife Jane Frentzel Culver, who he married on May 4, 1968; his son Zachary; his sister Kathleen Garrison; sisters Arleen Aldridge, Carol Hornor, his brother Jimmy and their spouses; along with nephews, nieces and many good friends.

He was preceded in death by his brother Ray Dean and sister Karon (Carr) Barber.

Dale’s request was for cremation.  No service planned.  Memorial donations may be made to the Department of Otolaryngology – Head and Neck Surgery at the MU School of Medicine, 1 Hospital Dr., MA314, Columbia, MO 65212 to be used for research or Missouri River Hospice, 1410 Heriford Rd., Columbia, MO 65202.