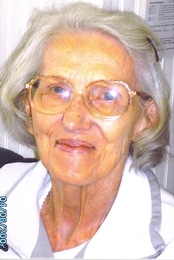 Born in Ludlow, MO on September 23, 1922 to the late Clyde and Merl Hatchitt, eventually residing in Kansas City from her youth, made her transition on October 30, 2008.

Yvonne was a graduate of Northeast High School and secretarial school. She worked briefly for Ris’s Trucking Co. until her marriage to the late Howard E. Hill. Resuming her skills twenty-four years later she worked for Pritchard Products, and then for Mor-ford Drywall Company, eventually becoming Office Manager until her retirement 20 years later.

She enjoyed numerous activities and hobbies, especially sewing and bowling, carrying a 200 average, and in later years she was an accomplished quilter.

She was a long standing member of the Fourth Church of Christ Scientist.