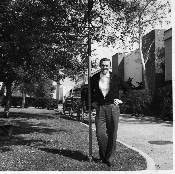 Heinrich Edward Werner Tirre was born to Hugo Walter Tirre and Johanne Windhorst Tirre on April 21, 1925 in Bremen, Germany. He was educated in England and Germany. He was drafted into the German Army in 1943 during World War II. He served as a lieutenant and tank commander on the Russian Front and was decorated for bravery. After WWII, his English skills made him valuable as a translator to the British Allied Forces during their occupancy of northern Germany. He earned a degree in economics from the University of Hamburg and applied and was chosen to work in the finance department of Casa Grande LTD, the then largest sugar plantation in the world, located in Peru. It was in Lima, Peru at a German Consulate reception, where he met his future wife, Evelyn Rose Kaiser, who was visiting Lima from Berlin, Germany. After they married, Werner and Evelyn immigrated to the United States in 1952 to pursue the American Dream. They were married for twenty-seven years. Werner loved the United States and became an American citizen in 1958. In the 1950’s he joined the Disney Corporation and became a part of the historic Disneyland project in Anaheim California. Working for Roy Disney, he was involved in the land acquisitions and the securing of financing for the eventual "Magic Kingdom." He left the Disney organization in 1963 in pursuit of ever-more prosperous opportunities in business and finance. Werner held top executive positions in companies in a variety of industries, including pharmaceuticals, commodities, telecommunications and oil. He lived in a number of states including California, Ohio, Illinois, Florida, Colorado, Kansas and Missouri. Werner was also well-traveled internationally, spending time in Australia, Europe and the Middle East. Werner was a brilliant strategist. He was determined, hardworking and ambitious. He was a loyal and caring father to four daughters who survive him and were his pride and joy: Barbara Tirre Noble of Lee’s Summit, Missouri; Andrea Tirre Balsley of Napa, California; Amy Noelle Tirre of Reno, Nevada; and Emelie Christine Tirre of Newport Beach, California. He also had 7 grandchildren and 1 great-granddaughter. He is preceded in death by his parents and his brother, Walter. Werner E. Tirre died on December 26, 2008 in Independence, Missouri.