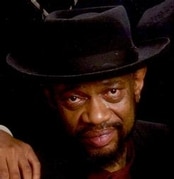 John Lane Johnson, 56, of Columbia entered into eternal rest August 23, 2009 at his home. A memorial service will be held at 2:00 p.m. Saturday, August 29, 2009 at Oliver Funeral Home, 102 E Sneed St in Centralia with Steve Mastin, Minister of Jehovah’s Witnesses officiating. John is survived by his wife Diana, four children; Anna, Twana, John and Marcus Johnson; two step-children, Sairell Hinton and Shayla Jones; four sisters, Gloria Johnson, Sarah Douglas, Minnie Chumley and Adeline Johnson; two brothers, Gale Johnson and Charlie Johnson as well as seventeen grandchildren. John worked for the City of Columbia for 27 years and was a hardworking, strong, loving, dependable great friend and father who was always ready for a good laugh and to show his love. He loved his grandchildren very much and would do anything in the world for them. John had an eye for good cars and always kept that 67 Mustang in his memory and loved that car very much.