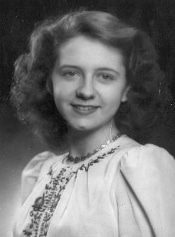 Mary Ann was a member of the Village Presbyterian Church from its earliest years, attending weekly, sending her boys to Sunday school, and participating regularly as a member of the Congregation.   Mary Ann was a loving and devoted mother to three sons, Paul, Ed, and John, serving as den mother, PTA member, chauffer, cook, and homework "consultant" to all.   She was an exceptionally loving and attentive grandmother to Celie, Alec, Evan, and Colin, particularly when her grandchildren were preschool and grade school age, and she still was in reasonably good health.   Mary Ann loved to play her Lowery organ and learned songs from musicals like The Sound of Music and The Music Man. Her interest in music influenced the musical development of her three sons, all of whom played musical instruments.   During her years at the Armour Home assisted living facility on Wornall Road, Mary Ann made many friends and was an active member of the Armour Home community.   Mary Ann enjoyed cooking and trying new dishes. Some of her favorites that she served to friends and relatives were tamale pie, borscht, and pot roast with a "secret ingredient."   Mary Ann was a respected legal secretary having worked for several years for the Watson Ess law firm, the trust department at Johnson County National Bank, and the Northwestern Mutual Life Insurance Company. Mary Ann loved cats and cared for several through her adult years.   Two of the greatest personal tragedies in Mary Ann’s life were the untimely deaths of her sister, Jane, and son, Ed. Her faith in God and loving support from the Village Church helped sustain her during these times.   Mary Ann Mumma was born in Buffalo, N. Y. on June 2, 1927. Her family included parents Ella and Byrd Cole and younger sister Jane. The family moved to California, MO when the children were still quite young. Mary Ann is survived by her son John, her son Paul and his wife Lea, granddaughter Celie, and grandsons Colin, Evan, and Alec.   A visitation will be held from 10-11 AM, Tuesday August 17, 2010 at Village Presbyterian Church, 6641 Mission Road, Prairie Village, KS, followed by a memorial service at 11 AM.