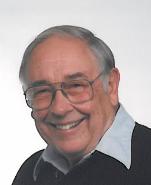 Norman Neel Proctor, 82, Raytown, MO, passed away April 4, 2009 at his home. Neel was Professor Emeritus at UMKC, and was born in 1926 in Chicago, Illinois. After high school he spent one year in the Navy at the end of World War II and received an honorable discharge in 1946. He received his PhD from Louisiana State University (Baton Rouge) in 1971. Undergraduate and post-graduate work were done at the University of Texas, Austin, where he received his Masters Degree in 1951. From 1958 until 1962, he taught at Texas College of Arts and Industries in Kingsville, Texas. Then in 1962 he came to UMKC, where he taught human relations and organizational behavior in the School of Business and Public Administration until his retirement in 1991. While teaching was his passion, he considered his three children born of his first marriage to be his best accomplishment. He was very proud of them.

Neel enjoyed sailing, camping, reading, and discussions of current events. In later life he always looked forward to “Going Home To The Walnut Valley Music Festival” every September. He was always open to new activities and ideas.

Neel Proctor was a kind and gentle man, and always put others first. He will be missed but carried in all our hearts.

There will be a memorial service held at 10 AM on Saturday April 18, 2009 at the Shawnee Mission Unitarian&nbsp;Universalist Church, 7725 W. 87th Street, Overland Park, KS.