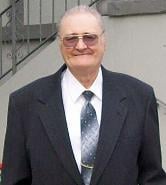 Mr. Raymond Leon Moore passed away on June 22, 2009 at his home in Warrensburg MO after a long illness. Raymond was born on January 13, 1941 in Wentworth Missouri. He grew up and went to public schools in the Pierce City/Wentworth Missouri area. Mr. Moore was a 20 year veteran of the US Air Force obtaining the rank of Tech Sergeant. He served in Viet Nam and in many air force installations at home and abroad during his long career. During his tenure in Vietnam, Raymond met Hoa Thi (Lan Dai) Huynh who was to become his wife of 42 years. They had two sons, David Minh born in Vietnam and Raymond Leon Jr., born in Spain. Mr. Moore received a Bachelors of History degree from Central Missouri State University after leaving his service in the Air Force. Raymond spent his later years in Warrensburg MO and was always ready to help others in the community, especially immigrants needing guidance through governmental bureaucracy and paperwork. Raymond was very fond of his house cats, having as many as three in his residence at one time. Mr. Moore loved the study of religions and history and took great pleasure in reading books about these subjects. Raymond was preceded in death by his father, Dr. Charles Stanley Moore of Pierce City MO; younger brother, Gary Carnes Moore of Troy Texas. Survivors include his mother, Dora Lucille Moore Oliver of Pierce City MO; wife, Lan Dai Moore of the home; son, David Minh Moore of Shawnee KS and his partner Wesley Kavanaugh; son, Raymond Leon Moore Jr. of the home and daughter-in-law, Vo Hong Be and step grand-daughter, and Anh; sister-in-law, Janet K. Moore of Fayetteville, NC. Raymond will be remembered as a kind and gentle man who loved and cared for his immediate and extended families. Visitation at the Lakin Funeral Home in Pierce City MO Thursday June 25, 2009 6 to 8 PM. Interment at the Pierce City Cemetery. Memorial Services at the VFW Hall Post4195 56 NE D Hwy in Knob Noster MO at 2PM on Sunday June 28, 2009. The family requests Memorial Contributions to be made in lieu of flowers to the American Cancer Society or the American Heart Association.