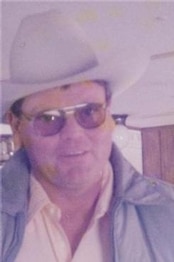 Robert Cecil Bigun Bewley of Waverly, Kansas was born on July 2, 1948 in Russellville, Arkansas to Aaron Vester Bewley, Jr. and Hilda Marriott Bewley. Robert passed peacefully with his family by his side on Friday, September 4, 2009, at the Kansas City Hospice House.

Roberts love and generosity for his family and numerous friends was endless. He was deeply involved in his step children, nieces, nephews, and grandchildrens lives. He was their champion.  Robert left this life with one last act of love and kindness by giving the gift of sight through a donation to the Heartland Lyon Eye Bank.

By trade Robert was a pipe fitter, carpenter and horsemen. He was involved in many associations including, the Coffee County Rural Water Board, American Quarter Horse, National Cutting Horse, and United States Team Roping Championships. In addition, he was a long time supporter of both Kansas and Arkansas High School Rodeo.  His love for horses was shared with everyone he knew. Robert worked with prominent horse trainers, Jack Newton, Lanny Ashley, Cletus Hulling, John Wilkins, David Kerr, and Bob Hurley.  He cowboyed for Nolke Ranch in West Texas, and Mescalero Apache reservation in New Mexico.

Two Celebrations of Roberts Life will be held. One on Friday, September 11, 2009 at 7:00 pm at the Saint Francis Xavier Parsih Hall, Burlington, Kansas. Followed by the other on Saturday, September 12 at 5:00 pm at The First Baptist Church, Pottsville, Arkansas.

In Lieu of flowers, contributions can be made to the Robert Bewley Kansas High School Rodeo Association Memorial and sent in care of Citizen’s State Bank, 407 Arrowhead Street, New Strawn, KS 66839-8964.