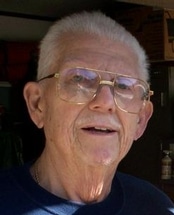 Friends and family far and wide are saddened by the loss of Robert Edwin (Bob) Brooks. Surrounded by peaceful words and faces, Bob was drawn to the eternal light during his sleep, in the early morning hours of June 30. He is now joyfully reunited with his wife of 41 years, Helen Ann.
Robert is survived by his son, John of Kansas City; brother, Donald G. and wife, Dawn, of Independence; brother- and sister-in-law, Dr. Robert and Winifred Dunshee; niece, Debbie Garrison; and great-niece Beth Garrison, of Maryville. Extended family members include Laurie Lewis, Kate Sheaffer, Frank and Ginny Johnson, Ginny and Mark Wack, Joan and Craig Stone, Dave Gressens, Jr., and Spencer.
Bob&rsquo;s journey began with a bang on December 3, 1933, in South Huntington, Long Island, NY as the son of Edwin W. and Betty Brooks. As a decorated athlete and member of competitive chorale groups throughout his years of education, his list of friends was never short. He then pursued the seminary at Buena Vista University and enjoyed the next 15 years as a Christian youth group coordinator, mentor, deacon, and elder at Roanoke Presbyterian Church through the early 1970s. Bob was a dedicated Southtown YMCA camp counselor and guide in what little spare time was left. He launched a lengthy career in the insurance industry and, at the same time, served as a project coordinator, opening Kansas City&rsquo;s very first coffeehouse, The Sign, in Westport during the mid-1960s.
Bob&rsquo;s life changed dramatically when he met Helen, the girl of his dreams. They married in 1968 and began their journey of love and life. They retired as the owners of &ldquo;The Distillery&rdquo; liquor store in Raytown, MO in 2003. Bob was a member and past president of the Sterling Guild of Kansas City from its inception. His patience and talent for creating jewelry amazed us all.
Although Bob&rsquo;s illness was complicated, his spirit proved invincible and warrior-like. His close friends will remember him for his clich&eacute;s, quick-witted humor, and kind nature. The family would like to encourage contributions to the Friends of the Rice-Tremonti Home, in Raytown, MO.
A memorial gathering will be held at Heartland Cremation and Burial Society, 6113 Blue Ridge Blvd, Raytown, MO, Thursday July 16, 2009 from 6-8 pm.