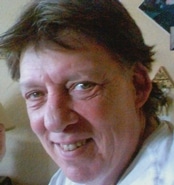 Robert Freeman, 56, Kansas City, MO, passed away February 22, 2009 at St. Luke’s Hospital in Kansas City. Funeral services will be held at 11 AM Friday February 27, 2009 at Heartland Cremation and Burial Society, 6113 Blue Ridge Blvd, Raytown, MO, 64133. A visitation will be held Friday at 10 AM at the funeral home. Robert was born March 19, 1952 in Oklahoma City, OK to Donald and Barbara Freeman. Robert served his country as a corporal in the Army during the Vietnam War. He was employed by the Kansas City Star as a salesman. Robert was currently writing a book, and he enjoyed playing golf, and spending time with his cats. Robert was preceded in death by his parents, and a sister, Julianne Freeman. He is survived by his wife, Marsha Morris Freeman of the home, a sister Melissa DiCarlo of Tyler TX, and his beloved cats; Bandit, Panda, and Obama. Robert will be greatly missed by all that knew him.