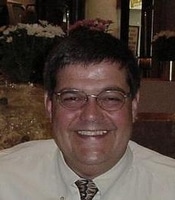 Born September 21, 1954 in Tom’s River, New Jersey, Steve was the eldest son of Ralph and Lorrell Pfaltzgraf, and older brother of Edward, Timothy and Charles Pfaltzgraf.  He graduated from Kemper Military Academy in 1973 and earned his Bachelor of Science Degree in Agriculture/Food Science at Purdue University in 1980.

He always felt that the two proudest achievements in his life were his two sons: Andrew and Matt Pfaltzgraf.

Steve had a passion for flying; receiving his initial pilot training at Purdue University and having been a certified flight instructor.  Of course, anyone who knew Steve also knew he was a devoted Purdue Boilermakers fan.

Stephen was a member of the Platte Woods United Methodist Church.

Stephen was preceded in death by his father, Ralph Pfaltzgraf and his grandparents, George and Ruth Pfaltzgraf.  He is survived by his wife, Candis; his mother, Lorrell Pfaltzgraf; his sons, Andrew Stephen Pfaltzgraf and Matthew Aaron Pfaltzgraf; his brothers, Ed Pfaltzgraf (Susan), Tim Pfaltzgraf (Grace), and Charlie Pfaltzgraf, his stepdaughters, Kimberly Hentges (Matthew), Karen Kelly (John) and Kathryn Gray; a niece, Danica, 2 nephews, Danny and David and 4 grandchildren, Audrey, Noah, Leo and Jude; as well as numerous friends and associates.

When I am gone, release me, let me go.

I have so many things to see and do,
You mustn’t tie yourself to me with too many tears,

But be thankful we had so many good years.

I gave you my love, and you can only guess
How much you’ve given me in happiness.

I thank you for the love that you have shown,
But now it is time I traveled on alone.

So grieve for me a while, if grieve you must
Then let your grief be comforted by trust
That it is only for a while that we must part,
So treasure the memories within your heart.

I won’t be far away for life goes on.

And if you need me, call and I will come.

Though you can’t see or touch me, I will be near
And if you listen with your heart, you’ll hear
All my love around you soft and clear

And then, when you come this way alone,
I’ll greet you with a smile and a "Welcome Home".