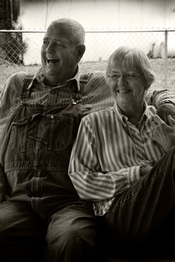 Tommy Delbert Jones, of Garden City, MO passed way at his home Saturday evening January 24, 2009, after his brave fight with cancer with family and friends at his side.

Cremation. At his request, there will be no funeral service, but the Family will receive friends Saturday, January 31, 2009 at the United Methodist Church of Garden City from 3:00 PM to 6:00 PM.

He was born October 1, 1934 in Gracemont, OK to Sidney and Millie Ethel Jones and was the youngest of eight children. Tommy spent his child-hood in Oklahoma.

Tommy married the love of his life, Phyllis Joan Hansard, on March 8, 1952. Through their union two children were born, Kenley Lee Jones and Patricia Ann Jones.

Tommy was employed as Construction Superintendent with Marley Cooling Tower Company. With is construction work, the Jones family lived and traveled in many states, ending their travels in Prairie Village, KS were they lived for seven years. The then relocated to Garden City, MO in 1969 where the family has resided ever since.

He was a member of the Index Masonic Lodge No. 54 of Garden City, Scottish Rite, Abdallah Shrine, Elks Lodge, United Methodist Church of Garden City, Escapees RV Club, and Carpenters Union Local No. 61. Tommy was civic-minded, serving as city councilman and mayor of Garden City.

Tommy always enjoyed remodeling and repair. Another great passion of Tommy’s was restoring old vehicles. Tommy and Phyllis are co-owners of H and J Mini Storage, Garden City, MO. Tommy was a very charismatic individual who enjoyed family, friends, traveling, and spending time at the lake.

Tommy was preceded in death by his daughter Patricia Ann; his parents Sidney & Ethel Jones, and five siblings.

A special thank you to our wonderful family, friends and caregivers for all their prayers, love and support.

In lieu of flowers, memorial contributions may be made to : Gideon’s International or Twin Lakes Hospice.