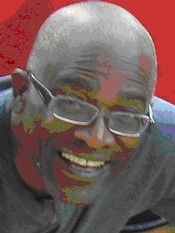 Bill was born January 4, 1950 in Kansas City, MO.  He graduated from William Chrisman High School, and attended Central Missouri State University.  Bill is an Army, Vietnam Veteran who served his country through three tours.  He was the recipient of two Purple Hearts for his service, and is a lifetime member of the VFW. He is also a member of the Painters & Allied Trades Local #9 for 28 years and was appointed by two Missouri Governors to the Advisory Committee on Lead Poisoning. He will be remembered for his park like property, his girls and his hospitality on the 4th of July.  Bill is preceded in death by: mother, Naomi.  Survivors include; wife of 23 years, Sally, of the home; daughters, Jacqueline Paige Fry, Columbia, MO, & Mackenzie Lynn Fry, Springfield, MO; father, William Fry SR, Sedalia, MO; grandmother, Mama Tessie Parks, St. Louis, MO; sisters, Teresa Fry Brown, Lithonia, GA, Miriam Frye, Phoenix, AZ, Richelle Fry Skinner, Denver, CO, and Wanda Webb, Kansas City, MO; brothers, Kenny Frye, Kansas City, MO, Lenny Fry, Columbia, MO,and many aunts, uncles, nieces, nephews, and cousins.   He will be missed by scores of young people that he guided and influenced to be the best they could be. There is no one else quite like Bill Fry!