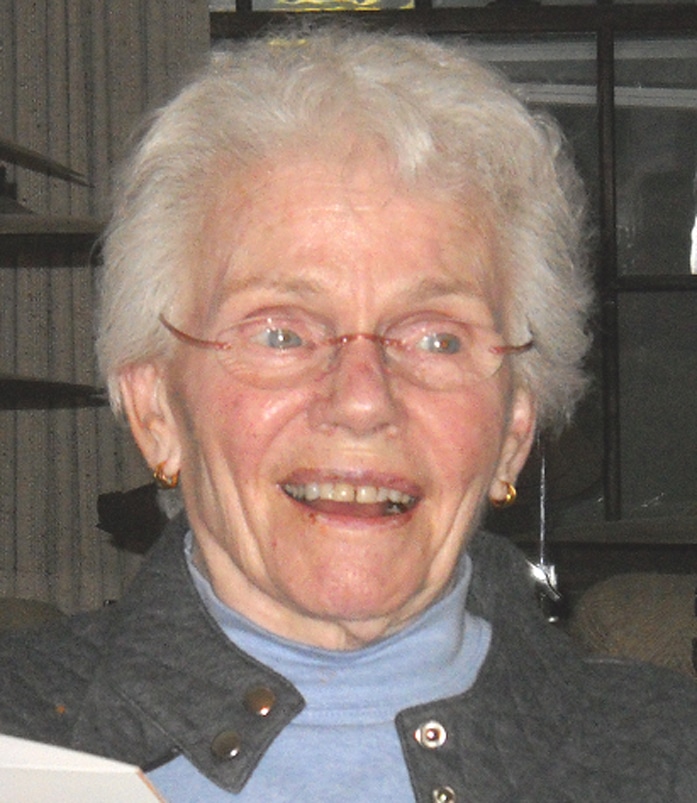 Alta Sue (Pennock) Axt of Kirkwood, MO, passed away peacefully at Kingswood Health Center, KCMO, on December 25, 2012. Sue was born March 26, 1922 to Katie (Grubb) Pennock and William Alexander Pennock in Stanbury, MO. She grew up in Granite City, IL, and spent many happy summers in Moberly, MO with her grandparents and her Aunt Altie. It was at church in Moberly she met her future husband, Donald Axt. After graduation from Granite City High School, she went to Moberly Junior College and received an Associate’s Degree. She and Don were married in New York City on October 13, 1942, where he was stationed in the Coast Guard. After the war they moved to Hannibal, then Columbia, and finally to Kirkwood following Don’s teaching career. Sue did various jobs before and after, but was longest at Yacovelli’s restaurant as a waitress. She enjoyed the work and her customers, developing many friendships. Though she hoped to wait tables until she died, she retired at the age of 80 but continued to work at the church on Wednesday nights for several more years. She was a member of Kirkwood Baptist Church for over 60 years.

Sue is preceded in death by her parents, husband, her sister Bertha Marie Rhoads, and her daughter, Donece Axt. She is survived by three children, Suzette Axt McCaffery of Farmington, NM; Jody Axt Thatch (Bob) of Kansas City, MO; Don David Axt (Brenda) of Milwaukee, WI; 10 grandchildren, one great granddaughter, two nieces and their families; and many friends.

The family thanks the staff of Kingswood Health Center for their loving care and friendship to Sue, and to Crossroads Hospice for their support. Services will be held at a later date in Kirkwood with burial in Moberly. Memorial gifts can be made to Kirkwood Baptist Church or the charity of your choice.