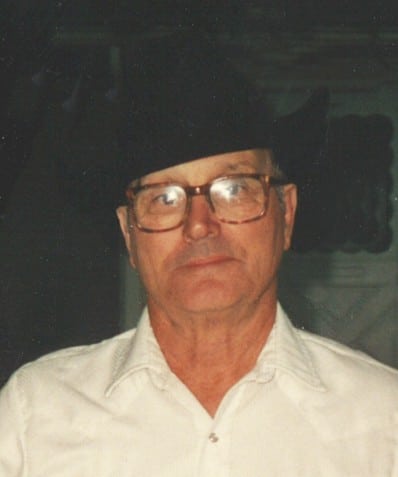 Mr. Ambrose Nelson LeBeau, age 85 years, died Monday January 9, 2012 at St. Mary’s Health Center.  There will be a funeral mass at 11:00 A.M. at St Stanislaus Church in Wardsville, MO on Thursday January 12, 2012 with Father Gregg officiating.  Military Honors will follow the funeral at the church.  Ambrose was born January 15, 1926, in Westmont, IL the son of Arthur A. LeBeau and Anna Adeline Tyfault LeBeau.  He was a loving husband, son, brother, father, friend and neighbor to his family and all who knew him.  Ambrose served March 20, 1947 to March 19, 1952 in the United States Army during WWII and also in the Korean Conflict, where he earned several medals, one being the Bronze Star for Valor under fire.  He was very proud of his military service.  He met his future wife in Japan and they both cam to St. James, MO to live and to start a farm in the agricultural field that he loved.  He ran a dairy milk business very successfully for twenty years, transitioning to raising and selling beef cattle.  He did this also very successfully and made many longtime friends in the Cuba, St. James and Rolla area.  In 1995 he sold the farm he had built up with loving care and moved to Jefferson City in 2001 where they lived to this day.  Ambrose was preceded in death by his parents, his sisters Ella Marie Lebeau and Elaine Otzenberger and his son Robert A. LeBeau.  Survivors include his wife Matsue LeBeau, children Veronica LeBeau and husband Mulu Asfaha, Lily LeBeau and husband Lyn Turner and Richard LeBeau.  He is also survived by his sisters and brothers, Sr. Mary Venard, Victoria Borders and husband Joe, Diane LeBeau, Lionel LeBeau and wife Lucette and Paul LeBeau.  Grandchildren are Christina Rogers and husband Andy, Kylie Dickneite and husband Jason, Darrell LeBeau, Sky Matthews, Tebereh Mulugeta, Joseph Mulugeta and Victoria Mulugeta.  Great grandchildren are Mallory and Mitchell Rogers and Elise and Camille Ann Dickneite and Hailey Matthews as well as a host of nieces and nephews.  Funeral arrangements are under the direction of Heartland Cremation & Burial Society of Jefferson City.