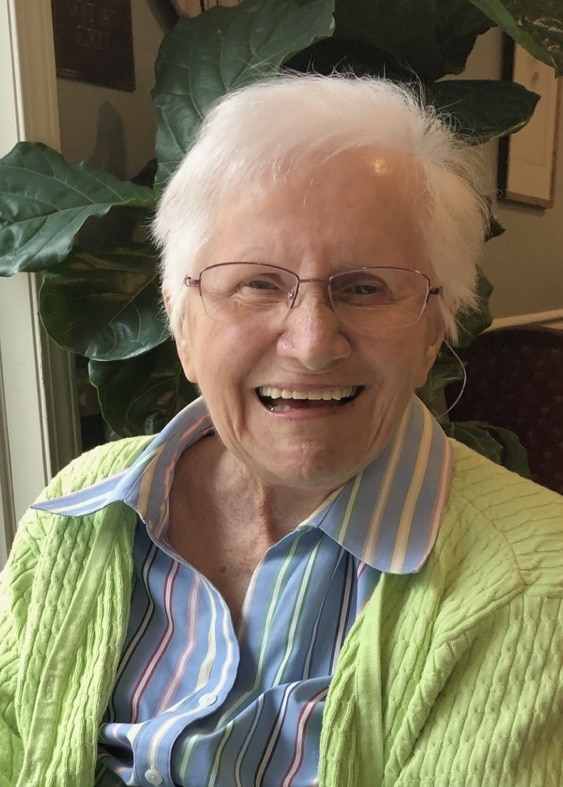 Beloved wife, mother, grandmother, sister, and aunt, Anita M. O’Connell, 95, of Kansas City, formerly of Sun City Center, FL and Rumford, ME, passed away on Tuesday, April 7, 2020. Born in Solon, Maine, Anita was the daughter of the late John and Mina (Russell) Smith. She graduated from Mexico High School in 1942, and worked in the Pentagon in Washington, DC, as a typist during World War II. After returning to Maine, she became a hairstylist and managed a salon in Bangor when she and Joseph O’Connell (USAF) were introduced by mutual friends. They were married in Rumford, Maine, in the spring of 1948, and Anita was a supportive partner during the remainder of Joe’s Air Force career. Their four children were born at bases in Maine, California, Japan and New York. After retiring from the Air Force, Joe and Anita settled in Lynbrook, New York, where Anita managed a hair salon and Joe worked for US Customs at JFK airport. They retired to Sun City Center, Florida in 1985 and enjoyed their summers at the family camp on Worthley Pond near Bethel, Maine.

During their retirement years, Anita and Joe loved ballroom dancing, and were assistant instructors in their dance club. Anita was also a talented seamstress, decorator, and hostess. She is survived by, her son John and his wife Charlene of Round Rock, Texas and three daughters, Elizabeth O’Connell and her husband Walter Donnelly of St. Petersburg, Florida; Colleen O’Connell-Ill and her husband Fred Ill of Kansas City, Missouri; and Laurie O’Connell and her partner Bill Kanz of Chicago, Illios. She also has two grandchildren, Kelsey Loethen and her husband Troy, and Jordan Ill and his wife Shelby Haydon. She is survived by her brother, Alfred Smith and his wife Joyce of Mexico, Maine, and her brother-in-law Stanley (Ty) Kaubris of Rumford, Maine, and many loving nieces and nephews. She is preceded in death by her devoted husband Joe and her siblings, Margaret Cook, Elvira Cocca, Marie Smith, and Alfreda Kaubris. A funeral mass and memorial service will be scheduled at a later date.