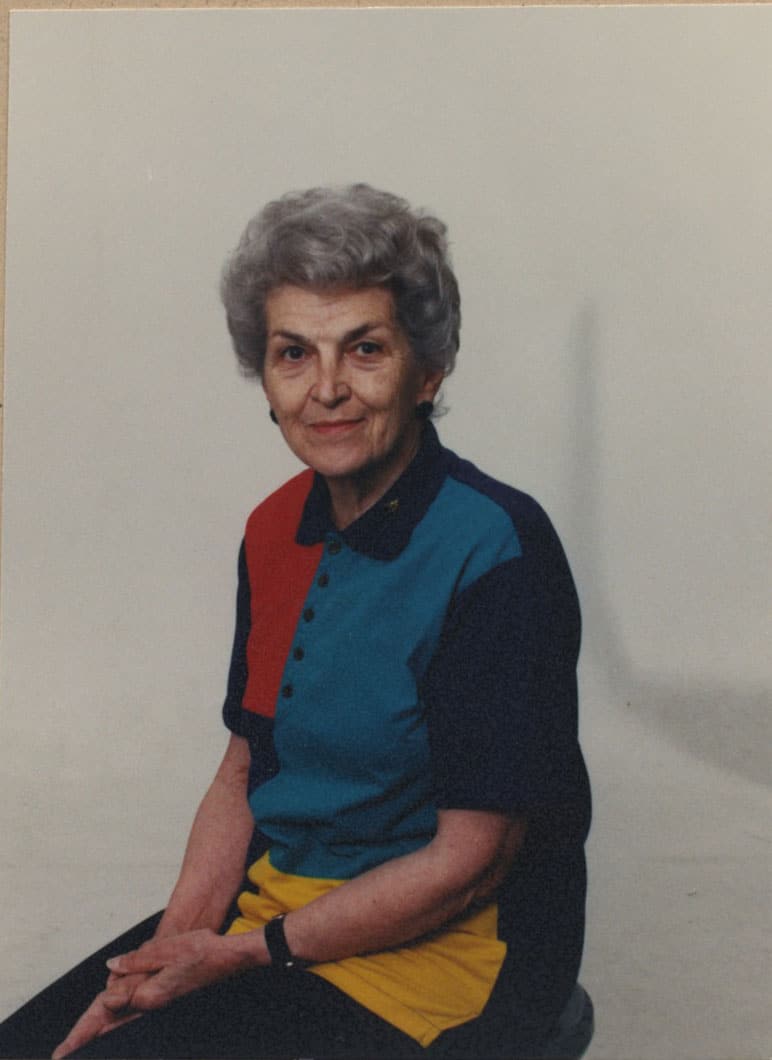 Ann Celeste Milkovich Beatty was taken home to her heavenly father on December 13, 2012.   Ann was born September 7, 1917, in Anaconda, Montana to Robert and Rose Milkovich.

She was proceeded in death by a sister, Rosemary Milkovich Menges; a brother, David, who died in infancy; and her parents.

Ann was born and raised in Anaconda.  She graduated from Anaconda Senior High.

Ann’s parents, Robert and Rose Milkovich made their life in Anaconda, Montana where he was a businessman.  Ann’s father, Robert emigrated from Herzegovina as a 16-year-old. He died early in life at the age of 40, leaving Rose to raise their two small children:  Rose, 9 years old, and Ann, 7 years old.  As a young widow, Ann’s mother worked at the Marcus Daily Hotel, as well as The Park Café in the kitchen.  She also took in washing to try to support her young daughters during the Great Depression.  Ann learned the value of hard work from her mother’s example.

Ann began working at age 14 at Jenney Jacobson’s store in Anaconda and then later at J.C. Penney Department Store also in Anaconda.  She also worked at Intermountain Bus Lines.  While working she obtained a business degree from Butte Business School taking night classes.  Ann worked most of her life at Anaconda Ford as a bookkeeper.    Ann worked hard all her life.

Ann exemplified honesty and integrity.   One example of her integrity occurred while she worked for Anaconda Ford.  A convoy deposited an unordered new car to Anaconda Ford. The main Ford office, having no record of sale would not accept payment from the dealer on the car. She was unable to convince the company of the car’s existence.   But Ann knew the proceeds from the sell of the unordered, now sold car, belonged to the Ford Company and even though they refused payment and refused her explanation she knew it belonged to the Ford Company.  So undeterred, Ann locked the money in the safe at the dealership and waited for the car company to reconcile their records.   Three years passed and finally, the Ford Company, expecting trouble after so much time, sent a company representative from Salt Lake City to the dealership in Anaconda in person to inquire about the car and to claim payment.  Ann said she knew that they would come some day and much to the surprise of the company representative, she pulled the money out of the safe and gave it to them without any delay.

Ann enjoyed a full and active life, enjoying many activities. She was involved in many clubs and organizations around Anaconda, Montana; including the Hibernians.   Ann performed much volunteer service in her community and enjoyed many activities including square dancing.

Ann married Martin Beatty in 1951.   The union produced one son, Bob (Fairway, Kansas).  As a family they enjoyed good times and fondly remembered memories made at George Town Lake.

She spent the last six years of her life under the care of her son in Kansas City.
She is survived by her son, Bob, wife Shelley, and their three children:  Jennifer (Adam Long) , Rebecca (Carl Hardie), Robert, Jr. (Jennifer Evans).  She is also survived by four great-grandchildren; Rebecca, Henry and Caroline Long and John Michael (Jack) Beatty.  Internment will be in Anaconda with Memorial Service pending.