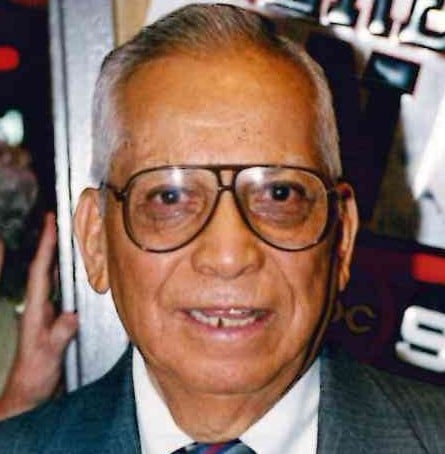 Anselmo Avitia Leal, 94, Kansas City, Missouri passed away December 22, 2015.  No Services. Memorial contributions may be made to Wayside Waifs.

Anselmo was born April 21, 1921 in San Marco, Texas to Joseph & Gertrude (Chicon) Leal. He served the US Army in France and England during World War II.  Anselmo graduated from Gradwohl School for Medical Technology in St Louis, Missouri.  He worked as a medical technologist for for Nigro Clinic and with his wife founded the Downtown Medical Clinic, Kansas City, Missouri.  Anselmo also did medical research and worked for the one of the first hospitals to help establish the first PKU test for children with mental disabilities.  He retired in 1999. He will remembered for his great love for all animals.  Anselmo’s greatest desire was for his family to get together and love one another.