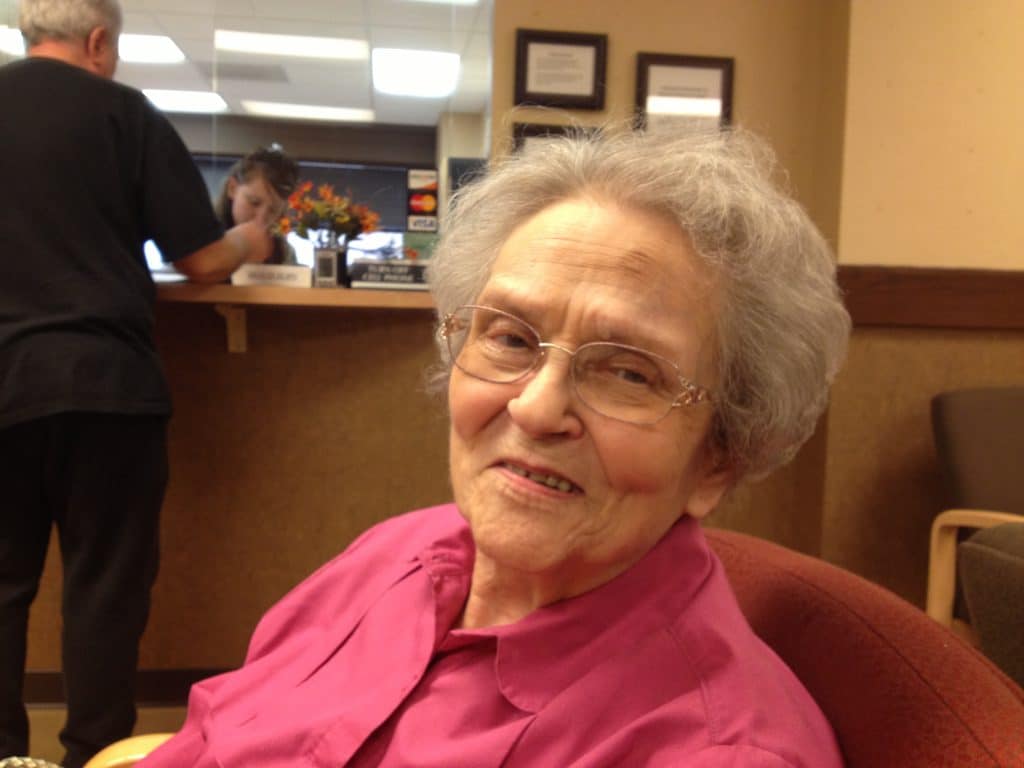 Arlene Ruth (Jones) Taylor, 99, Raytown, MO, left her earthly life, where she served her Lord and Savior daily, to enter into eternal life with Him on October 18, 2016. Visitation will be held 10:00-11:00 AM, Monday, October 24, 2016 at First Baptist Raytown, followed by a funeral service at 11AM.  Burial in Mt. Moriah Cemetery. In lieu of flowers, contributions may be made to First Baptist Raytown – Missions.

Arlene was employed at Baptist Hospital for 13 years until her retirement at age 63.  She was a member of Calvary Baptist for many years until she married Doyle, then she joined him at First Baptist Raytown, where she has remained a member. Her life is celebrated by the survivors listed above as well any one who ever knew her joyful spirit, including the family members and the friends she cherished along her journey