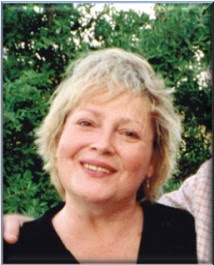 Barbara was a 1966 graduate of Southwest High School. She held a variety of jobs: window-dresser at Harzfeld’s KC, Account Representative at Wilson Sporting Goods, and worked at various medical clinics. She retired from the Internal Revenue Service in 2010 to care for her husband until his death in 2015.

Barbara had a great love for animals and had many cats and dogs special to her heart. She supported several animal rescue foundations and at one time worked at a veterinary clinic. She was an excellent cook and enjoyed making meals for family and friends, as well as sharing her many tasty recipes, some of which were her own creation. Barbara had a fantastic sense of humor and brightened the room with her animated stories and unique laugh! She made everyone she met feel important, and her attention to detail and memory of events was fascinating.

Barbara will always be remembered for her loving care, especially of her husband and stepchildren, and will be greatly missed by family and friends.