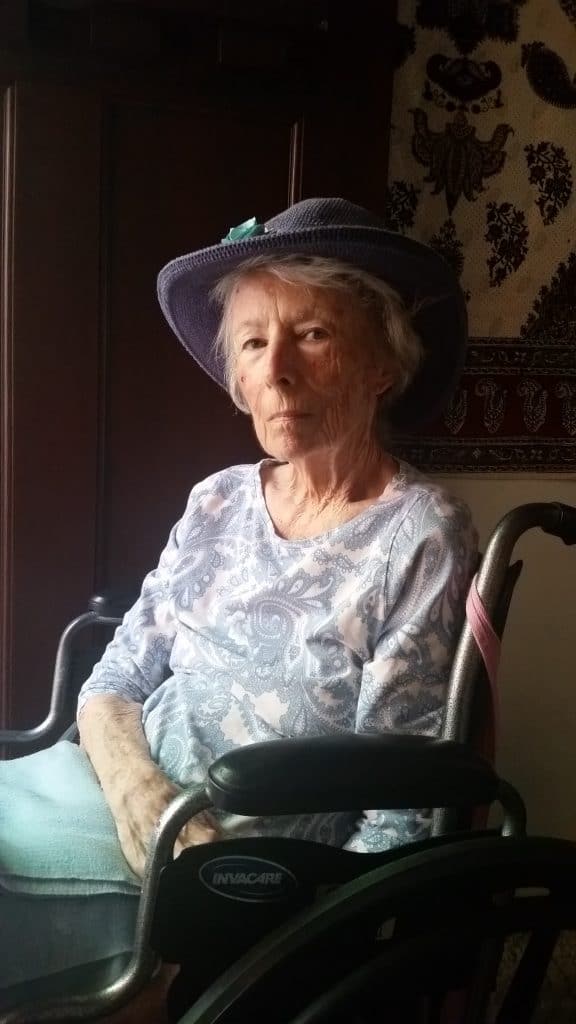 Barbara Weinstock parted from her earthly existence, returning home to her heavenly Father in the morning of October 20th, 2016. She was born to her parents, R.H. Pauk and Peggy Pauk in St. Louis, MO on December 1st, 1931. They lived in University City where she attended school. She met her future husband Ray Weinstock  in junior high. They married in 1954 at Glen Echo. They had 2 daughters, Kathy and Ellen. They lived in Kirkwood from 1958 to 1966 when they all moved to Northern Virginia very near to George Washington’s Mount Vernon. Barbara studied graphic arts and fine arts. Later she attend Goddard College in Washington, DC, studying counseling psychology. In 1974 she got divorced and then moved to her beloved city of Richmond, VA where she lived from 1978 to 2010. In Richmond she attended VCU and earned her Master’s Degree in Social Work. During her grad school years she met many great friends she stayed close to for the rest of her life. She worked for the State of VA in probation and parole. Then she further studied family therapy and psychodrama, as well as on the side, doing clowning with group around the city. She joined private practice groups providing individual, couples and family therapy. She bought a home on Seddon Dr. and lived there for 24 years. After retirement she became devoted to oil painting and photography along with travelling around the USA and to Europe. While she was a strong and independent person, she was always a sensitive and artistic soul who loved nature colors and imagery, animals (especially dogs, horses and cats), and her family and friends. She took advanced painting seminars and sold some of her oil paintings in art shows. After living with Alzheimer’s for close to ten years, she moved to Columbia, MO to live with her daughter, Kathy and son-in-law Mike Peplow in their home. There she enjoyed her days walking, visiting, concerts, day trips, etc. with her family and caregivers. She loved the holidays, singing (as she could remember the all words and melodies to songs and poems), coloring, going for drives in the countryside, etc. She is grateful to her caregivers: Cathy, Lana, and Gina. Many thanks to our Hospice Compassus team assistance in the last months of her life. She passed on peacefully at home with her family and special caregiver by her side. She was preceded in death by her parents and younger brother, Hank. She is survived by her daughters, Kathy and  Ellen; grandson, Ian; son-in-law, Michael Keene;  her nephew, Michael Pauk and her sister-in-law, Carol Pauk. A celebration of her life is planned with family and friends.