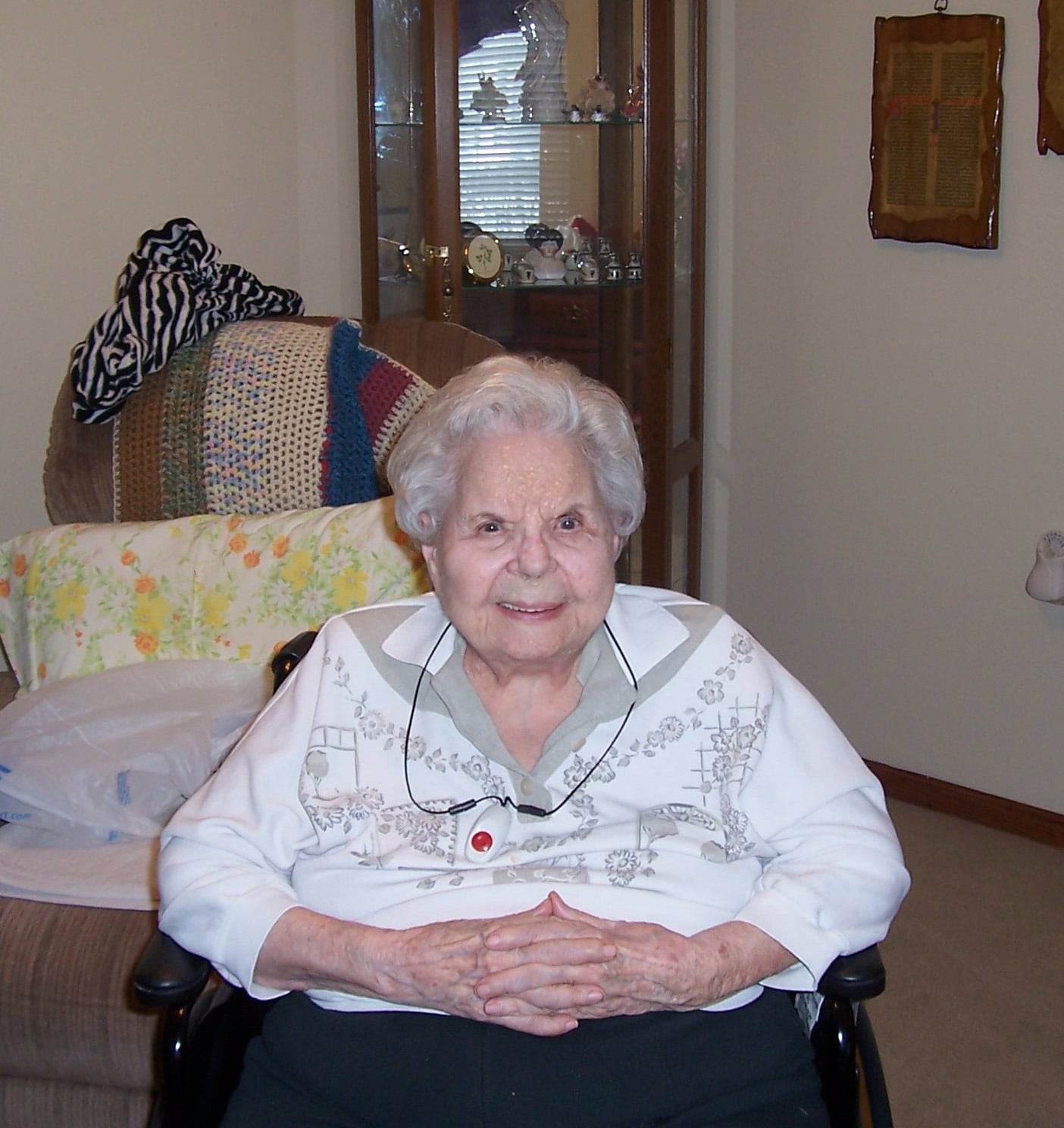 Bessie Wilmoth passed away May 31, 2013.  Bessie was born January 5, 1918 in Leesburg, Georgia to E.C. And Emmie Collier.  She grew up in Bronwood, Georgia.  Bessie and Robert Wilmoth were married February14, 1958.  They traveled extensively throughout the United States, Europe and the Middle East before retiring to Robert’s hometown of Colony, Kansas where they spent several years farming.  Bessie enjoyed gardening, traveling and spending time with family.  She is survived by her husband, Robert of Overland Park, Kansas, daughters Barbara Wilmoth of Kansas City, Missouri and Carol Wyzinski of Oxnard, California, grandchildren, nieces, nephews and many friends.   The family will hold a celebration of Bessie’s life at Brookdale Place, 6106 W. 119th St., Overland Park, Kansas on Wednesday, June 12, 2013 from 4:00 to 6:00 PM.