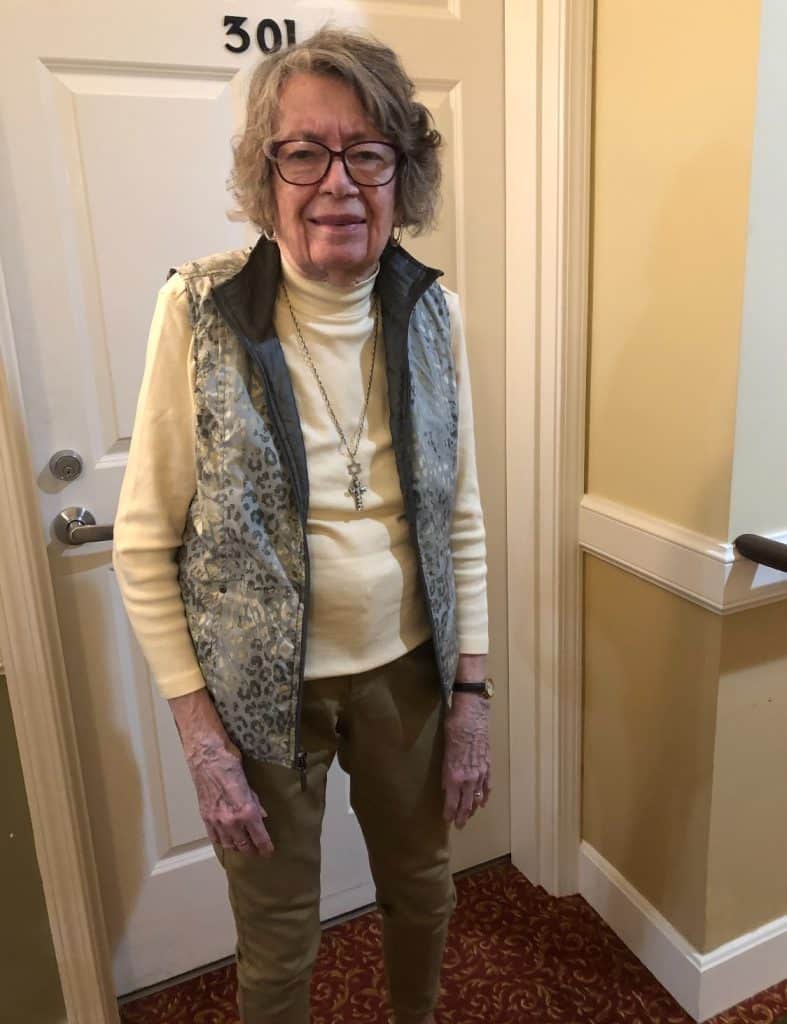 Betty J. Hoare, 91, of Kansas City, MO, passed away September 15, 2022, at St. Luke’s Hospital on the Plaza, from pneumonia. A memorial “Celebration of Life” service will be held at 10:00am, Saturday, October 22, 2022, in the main sanctuary of Second Presbyterian Church, Kansas City, MO.

Betty Hoare (née Bodman) was born December 29, 1930, in Normal, Illinois. Betty was an avid reader, a talented visual artist, and a gifted seamstress (as well as a marvelous figure skater in her day, who passed the hobby/sport on to her children). But alongside her personal gifts and talents, Betty would want to be remembered primarily as a nurturing wife and mother. She had six children whose character development she considered to be of paramount importance. Her husband George has often credited her as providing the utmost influence on his lifelong growth as a nurturing husband and father. Betty taught her family to be compassionate and kind human beings, and to speak out and stand up for others. She demonstrated these values through her involvement in the Civil Rights and Fair Housing Movements during the 1960s and 70s, her active participation in the congregational life of Second Presbyterian Church, as well as her devoted service for many years as a Foster Mother, which quickly became a family endeavor, as she encouraged her children to volunteer in the community in any way that they could.

She was preceded in death by her mother, Martha Bodman; her father, Samuel Bodman; her grandmother, Florence Douglas; her son-in-law, John Lutjen; and her great-grandson, Davon Pearson.

In addition to her service to the human community, Betty was an avid supporter of animal rescue and adoption. In honor of that special facet of her care for others, memorial contributions are suggested to KC Pet Project or Wayside Waifs. A recent and oft-repeated quote from Betty, uniquely hers via her trademark dry sense of humor, was, “I think I like animals more than people.” By myriad human beings, canines, and felines alike, she will be greatly missed. From all of us… thank you, Betty!