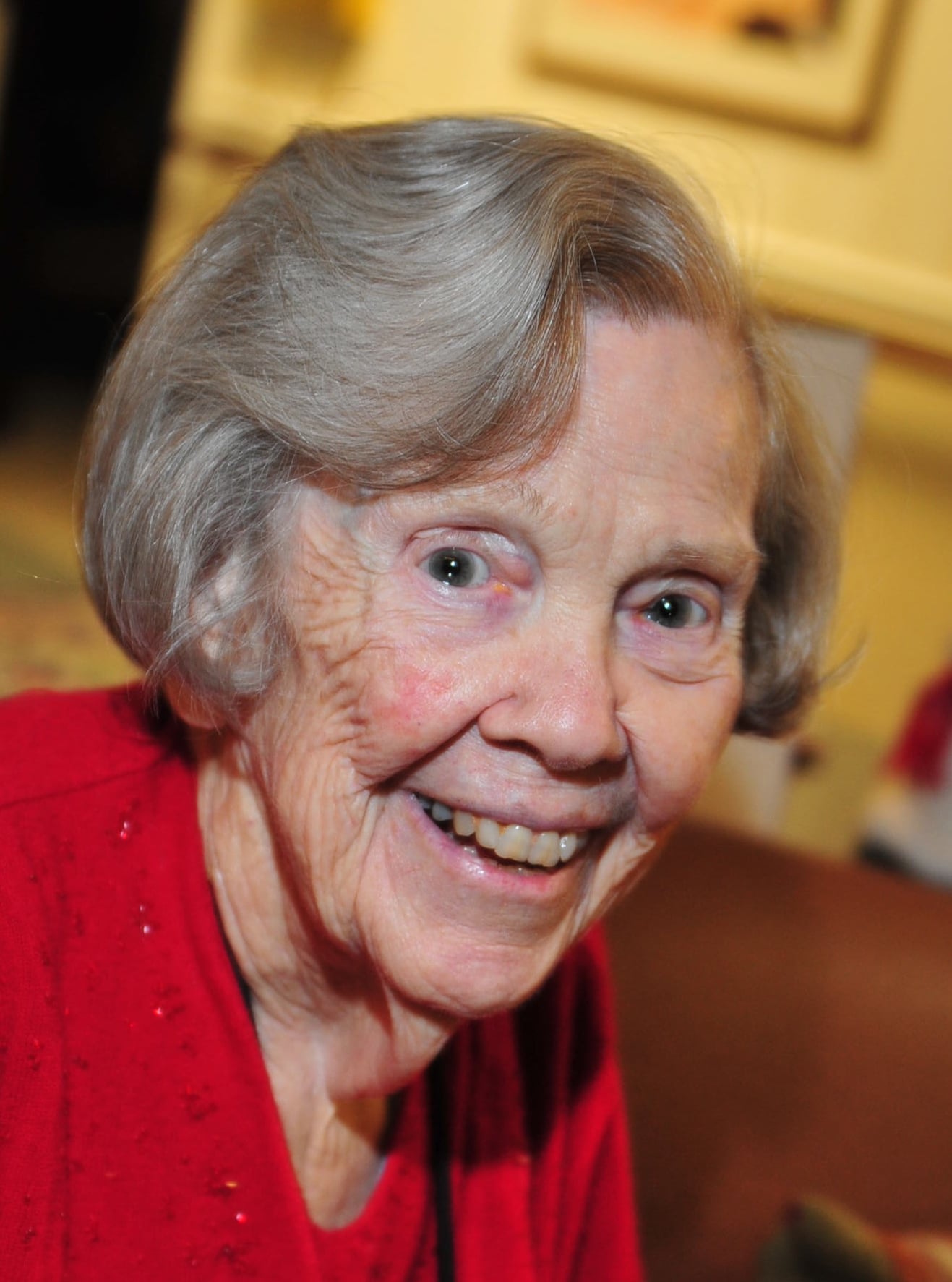 Betty Jean Stark Cullen, 93, of Kansas City, Missouri, died on March 1, 2015. Betty was born December 28, 1921, in Kansas City to John (Skipper) and Elmira (Pinkie) Stark. Pinkie wrote of the John K. Lincoln Farm, also known as the Excelsior Farm, in Clinton County Missouri, where she was raised in a brick antebellum home near Plattsburg:

“The old dirt road, turns through the gate
And leads us home once more
Where peace and love and happiness
Swing wide the walnut door.

I hear my mother’s ‘God bless you dear’
In loving gentle tone I hear her whisper,

‘When life gets hard…Take the old dirt road back home.’”

Betty is now back home with her heavenly family.

The Starks lived in a family home, the Washington Adams house, atop “suicide hill,” a steep park in Brookside, and entertained family and friends for snow sledding often followed by hot chocolate and a meal. Betty was a lifelong Kansas Citian. She attended Bryant Elementary School and Southwest High School, class of 1939. She graduated from Mary Baldwin College in Staunton, VA in 1943.

Before World War II, Betty and her family traveled to Great Britain, where the Stark family met the Cullen family. Betty fell in love with Doug Cullen, a handsome Royal Air Force officer. Betty and Doug corresponded throughout the war. After flying 27 missions as a bombardier, Doug came to Kansas City where he and Betty were married at Second Presbyterian Church in 1946. Doug and Betty celebrated 64 years of marriage on October 5, 2010.

Betty grew up attending and loving Second Presbyterian Church. She served as a Deacon, an Elder, President of the Women’s Association, and a member of the Mission Committee. She helped start the New Shoe Fund and delighted in seeing children receive good footwear. She volunteered with outreach work at Linwood Presbyterian Church, working with the Rev. Hans Frick and the Rev. Harold Thomas. Betty loved gardening, bird-watching, playing golf, stamp collecting, and traveling with Doug for family visits to Cardiff, Wales.

Over the years, Doug and Betty opened their home to visiting students from other countries including Indonesia, Africa, Germany, and Egypt. They gave their children a legacy of compassion and caring for others. The Cullens not only loved their world neighbors, but also loved their wonderful 59th Terrace neighbors.

The family would like to thank the staff, chaplains, caregivers, and residents of Bishop Spencer Place for their friendship and service during the past three years. Crossroads Hospice also provided exceptional care and support in Betty’s final days.