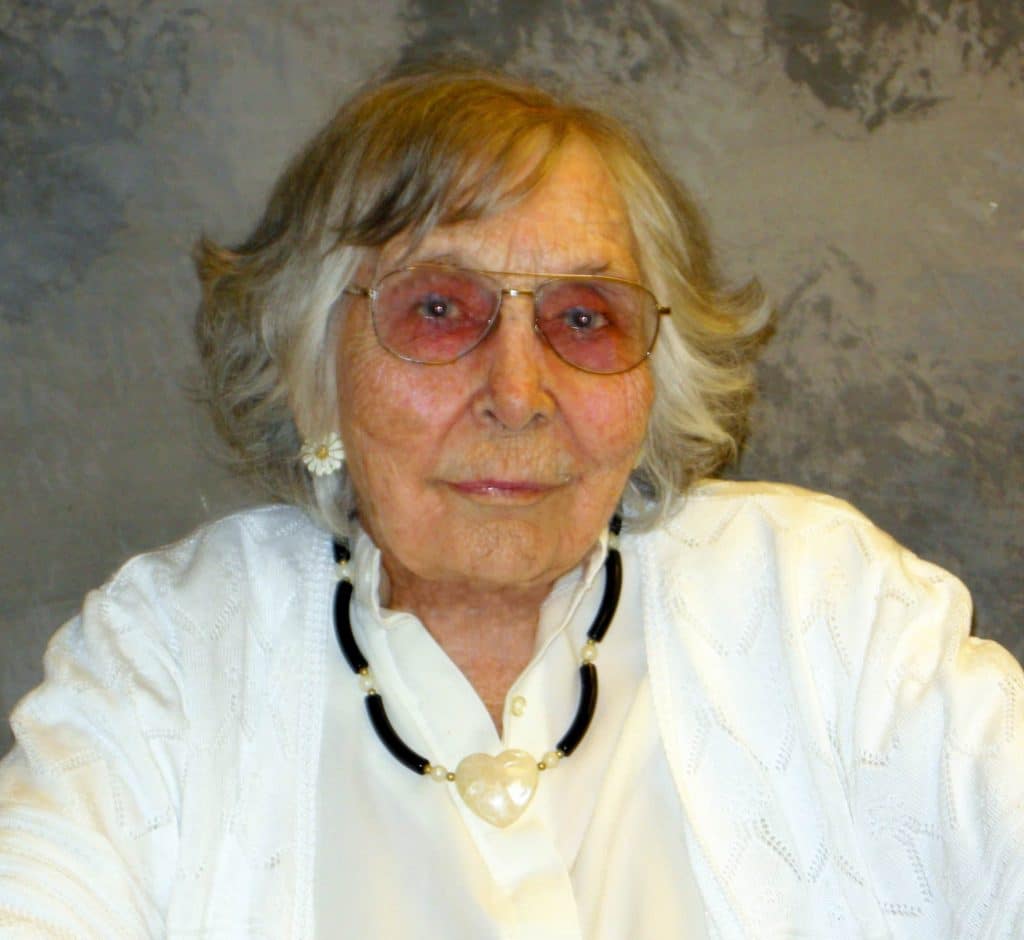 Beulah Mae Vaughan passed away on December 30, 2017, six days after her 92nd birthday, in Raytown, MO. She was born in Quay, OK on December 24, 1925 to William Edgar and Allie Dodd.  In 1949, she married the love of her life, Roscoe Hagar Vaughan, at the Dodd family home in Jennings, OK.  They later moved to Drumright, OK in 1960 where they raised their son and two daughters.

In Drumright, she was commonly referred to as “The Avon Lady” where she passionately sold Avon for more than 39 years and where she was a member of the Avon Presidents Club for most years.  Some of her most cherished pastimes were spending time with family, cooking, canning, and gardening.  She also thoroughly enjoyed several other hobbies such as sewing, crossword puzzles, quilting, and other homemade crafts that she shared with family and friends.  Her greatest passion, however, was helping others.  If someone had a need and she knew about it, she was always there to help out.  Beulah was a true Christian in every sense and was a faithful member of the Broadway Church of Christ in Drumright for more than 50 years.

Beulah spent the last two years of her life in Kansas City, MO living with her daughter, Sharon and son-in-law Buddy.

Visitation services will be held from 9-11am on Saturday, January 6th, and funeral services following at 11am at the Blue River Church of Christ in Lee’s Summit, MO.  Arrangements are under the direction of the Heartland Funeral Home, Raytown, MO.

Beulah will be laid to rest, beside her husband, at the Woodland Cemetery in Cleveland, OK.