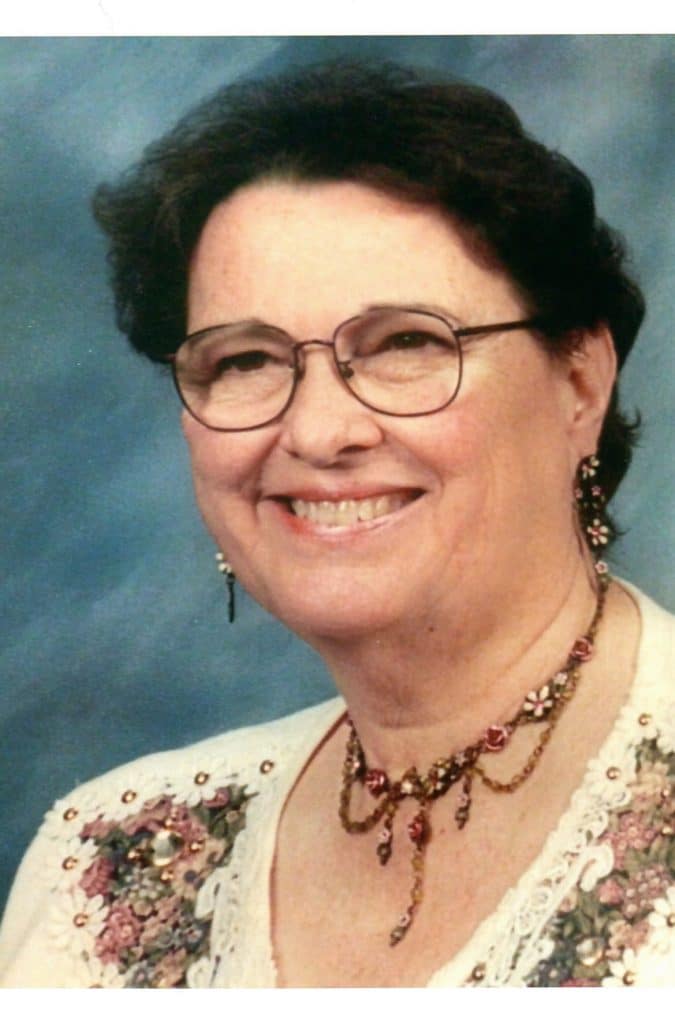 Beverly Joann (Swanson) Goodrick, 74, of Independence, Mo, had her heavenly homegoing on May 18, 2018, surrounded by loved ones, after a courageous battle with pancreatic cancer.

Beverly was born in a farmhouse near Fristoe, Mo on July 26, 1943 to Eugene and Marcia (Coulter) Swanson. Later the family moved to Raytown, Mo.  At Raytown High School she was mathematically gifted and in the marching band that won the prestigious Tri-State Music Festival in 1961.  Beverly also blossomed in youth leadership at Raytown Assembly of God.

Beverly met the love of her life, Victor Russell Goodrick, on a blind date when she was 18 and it was “love at first sight.”  They married and began their “happily ever after” on August 31, 1962.

Within a year they welcomed their first daughter Kimberly, and 3 years later they had their second daughter Cindy.  Beverly was Vic’s joy as his wife and a wonderful, deeply engaged mother.  She and Vic never missed a choir or band concert, a basketball game or a spelling bee.

Beverly was very involved at Central Assembly of God in Independence which the family has attended for 50 years.  She sang in a talented trio and also in the choir, helping tenors learn their parts with her rich, low voice.  Beverly was also in many wonderful Christmas and Easter productions.

She enjoyed family Blitz, Boggle and Bunco parties. She loved fishing, mountains and oceans, vacations with photos abounding.  Celebrating anniversaries with best friends, country cousins, and visiting relatives near and far made her smile.  Laughing with her Vic, her children, grandchildren and great-grandchildren brought satisfaction.

Beverly was preceded in death by her parents, her brother Gene Swanson, and brother-in-law Monty Springer.

Cherished also by her sisters Verna Springer, Gloria (& Marty) Cox and Melody (& Dennis) Stacy. As well as numerous other wonderful friends and family.