Brandon Burkhart, a father, husband, brother, son, uncle, friend, attorney and entrepreneur passed away on February 11, 2022, at the age of 37, in Kansas City.

Brandon will be lovingly remembered by many families and friends, including his wife, Tara Burkhart; his two daughters, Avery Kay and Zoey Mae; his brothers, Jacob (Hailey) Burkhart and Caleb (Lisa) Collins; his sister, Callie Burkhart; his mother, Sheila Burkhart; his grandmother, Virginia Burkhart. Brandon was predeceased by his father, David Burkhart.

Brandon was born on May 27, 1984, in Overland Park, KS. Brandon spent most of the first 10 years of his life living near Windsor, MO, in a place his family refers to as “The Farm.” “The Farm” taught Brandon many important lessons that he relied on throughout his life: he used everything as an opportunity to learn. Once when he was seven and locked out of the house, he found a way inside. His parents asked him how he got in. He explained, I watched MacGyver and learned how to open a locked door. Over the nine years on The Farm his family tore down and rebuilt all seven rooms of their home from the ground up. During this time, they also had four gardens, each the size of a football field, and raised pigs, chickens, turkeys and a pesky rooster. When Brandon was eleven his father decided that it was time for Jake and him to start a business. They took part of the garden money and purchased supplies for a greenhouse that he and his brother built. The farm taught Brandon about work ethic, and it showed him just a glimpse of what he was capable of.

When Brandon was thirteen his father passed away and his family moved to Aurora, Missouri. Brandon described this as a major turning point in his life because he was introduced to Speech and Debate, Future Business Leaders of America, and Upward Bound. He went on to become a district champion debater and placed third in the state. In FBLA he was the national champion in their business law debating competition. Brandon brought humor and critical thinking to these experiences. Although Brandon flourished in many areas of his life in high school, driving and working in fast food restaurants were skills that may have remained a bit questionable. Brandon graduated from Aurora High School in 2002. His group of high school friends experienced life in a way that bonded them as lifelong friends.

Brandon didn’t speak much about himself, so speaking of living with Muscular Dystrophy wasn’t something he discussed often. Instead, Brandon exuded strength and lived his life focused on his abilities and his talents, quietly looking for innovative approaches to navigate systems that most of us take for granted. He attended yearly summer camp through the Muscular Dystrophy Association for most of his childhood. During these summer camps, Brandon showed up with relentless tenacity and a mischievous smile, where he learned skills and formed bonds with camp counselors that turned into lifelong support.

At a young age, Brandon knew he wanted to become a lawyer after his father took their first garden tiller to get repaired and the shop destroyed the engine. They were unable to find an affordable lawyer to represent them against the repair shop, and instead had to go to small claims court where they lost due to lack of evidence to support their claim. Brandon shared that he wanted to become a lawyer to help those that cannot afford one, but still deserve justice.

Brandon went to college at the University of Missouri – Columbia (2002-2007), where he studied Political Science and Government and was an active member of Delta Chi. It was here that his obsession with Mizzou football and basketball began. Brandon received some financial support through his Freshman year, but when that money ran out, he relied on his work ethic to maintain full time jobs, all while taking classes. He had many setbacks, and a lot of reasons to drop out of school, but he stuck it out and finished. Following college, Brandon lived in Southwest Missouri and worked in Joplin alongside close friends while saving up for law school. During this time Brandon enjoyed playing poker and traveling to Vegas where he worked the World Series of Poker.

Brandon graduated with a Law Degree from the University of Missouri – Kansas City (2010-2013). While in law school Brandon interned with the U.S. Magistrate Judge Sarah W. Hays of the U.S. District Court for the Western District of Missouri, the Community Development Office of Legal Aid of Western Missouri, and a general practice firm. Shortly after graduation, Brandon opened his own law firm, where he specialized in the area of employee rights. The first case he took was one that many other attorneys had refused. Brandon was a guy that was willing to take a bet, but only if he truly believed in the person or that the odds were in his favor. He brought this faith to his clients, including that first one. He worked late nights and weekends for over a year in an effort to ensure a victory for this person that he believed in. And he did. When the case was done, Brandon often stated that if he never won another case in his life, it was all worth it.

It was during this first year of law school that he met his future wife, Tara. Despite their connection occurring between friend groups, it was a romance that no one expected, which made it uniquely their own. They quickly fell in love and spent hardly a day apart from each other for the past 11 years. Together they traveled, ate a lot of delicious food, survived flipping two homes, grew multiple businesses and constantly challenged each other to grow.  They loved spending time with their extended family, often attending 3-4 events each holiday to make sure they got to hug and laugh with their favorite people. Brandon found ways of connecting with each niece and nephew, even if that meant buying new gaming systems to spend time with them.

In 2016, Brandon and Tara had their first child, Avery. She had a way of making him laugh even during the most difficult times, so much so that he kept a log of his favorite things that she would say to him. His favorite activity was talking to her at the end of the day and watching a show together. In 2020, Tara and Brandon had their second child, Zoey. Having a pandemic baby and working from home full time was an entirely different experience but allowed for countless precious memories. He loved laughing at her silly smile and watching her quirky traits. Brandon was a husband and father that ensured you knew you were loved. He showed it through daily verbal declarations, relentless teasing, teaching skills he had learned over the years, small gifts, and large displays of kindness.

Brandon was a very competitive person in things like poker, computer/board games, fantasy football and business, always wanting to get better and one up the competition. He would spend hours researching and preparing arguments, trying to convince anyone to accept an offer to improve his chances of winning, even when it was blatantly lopsided. But where he was most competitive was with himself. He wanted to keep improving as a person, and he always did. Brandon was one of the good guys. Wickedly smart, passionate, articulate, incredibly compassionate and empathetic, always well prepared, and tough as nails. He aggressively challenged unfairness and illegal situations. His laugh was infectious, genuine and contagious. He loved his people more than they will ever know. He will be missed, but forever in our hearts and memories.

A Celebration of Life will be held at 2:00pm, Saturday, February 19th at The Martin Event Space, 13440 Holmes Rd, Kansas City, MO 64145. We will gather afterwards to share some of our favorite memories, our stories, to laugh, to cry and remember a wonderful person who will be greatly missed.

Please dress as you feel comfortable. Brandon always showed up as uniquely himself, and that’s what we want from others. We do request that all visitors please wear their masks for the service.

In lieu of flowers, the family wishes memorial contributions would be made to scholarship/college funds. 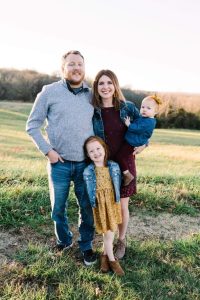