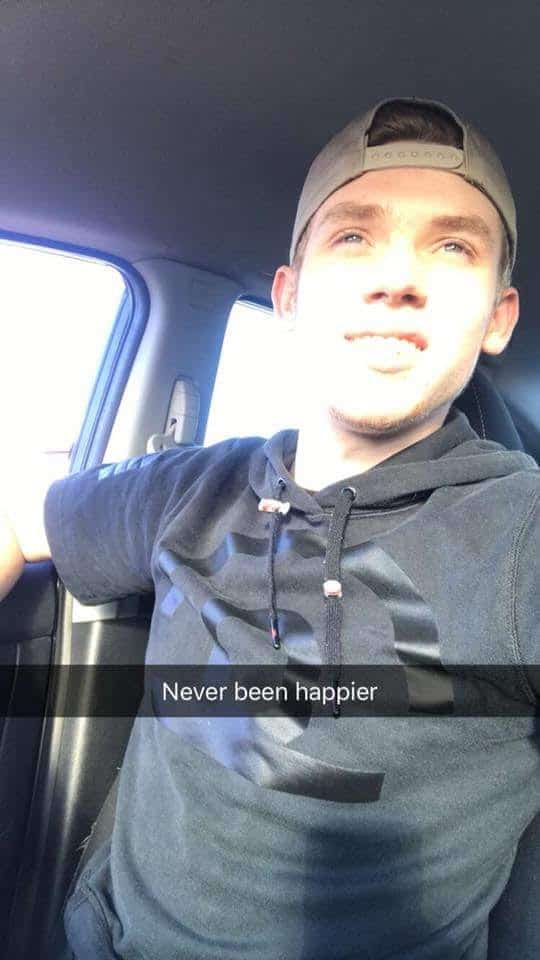 Calab Ryan Pentlin, 20, of Kansas City, Missouri, has passed away on July 3rd, 2018. He was born on June 7th, 1998, the son of Andrea McGimpsey and Chad Pentlin. He graduated early from Raytown High School and chose to walk with his classmates at graduation. He was employed with Kenny’s Tile and Flooring Co. and was talented with his way with people, and with his hands.
Calab was a hard worker and gave everything he could to help those in need. He cared deeply about his family and was always reaching out to them, even just to check in. He made friends easily and kept in touch, even if they had grown apart. He was an avid lover of animals, especially dogs, and always assisted with fostering and taking care of the many in his life. One of his hobbies was fishing, and he would go on frequent fishing trips with friends and family, sometimes bringing his dogs with him. Calab was a man of many interests and it drew people to him. He always had something in common with people that he could build on and forge long-lasting friendships and relationships with.
Calab is survived by his parents, Andrea and Chad, his step-mother Natalie; his sister Brianna, half-brother Ryan and step-sister Destanie. He is also survived by both maternal and paternal grandparents, several aunts and uncles, as well as cousins. He also leaves behind his girlfriend, Sadie Rann, and several close friends.
Cremation and memorial services are being handled by Heartland Burial & Cremation Society, and visitation will be held July 11th, 2018 from 6 p.m. to 8 p.m.