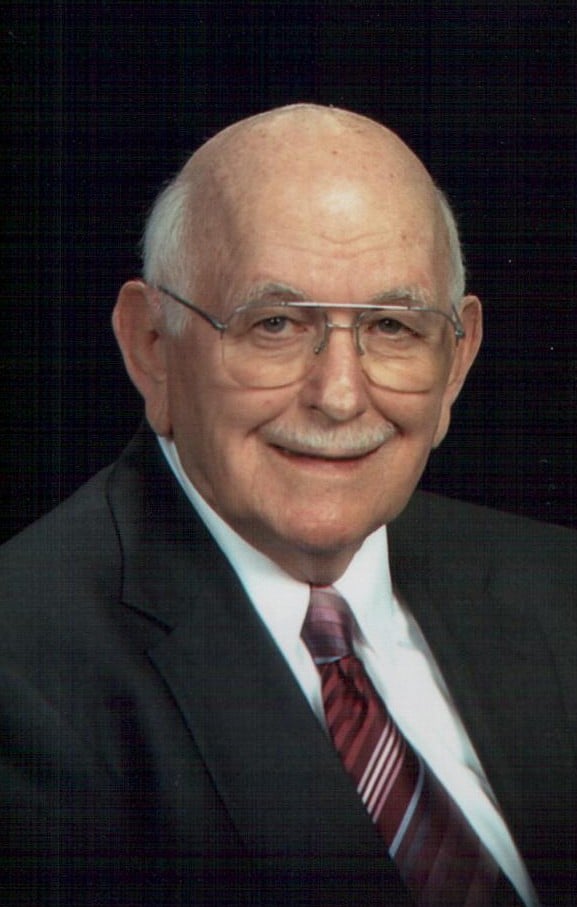 Calvin M. Ochs, 89, of Jefferson City, passed away August 9, 2014 at St. Joseph Bluffs. Memorial Services will be held at 11:00 a.m. Saturday, August 23, 2014 at Trinity Lutheran Church in Jefferson City, MO. The family will greet friends one hour prior to the service at the church. Mr. Ochs was born May 9, 1925 in Perryville, MO to the late Gustav and Lilla (Bergmann) Ochs. Calvin received his BSME in 1949 from Missouri School of Mines (University of Missouri-Rolla, & Missouri S&T.), He received the MSM/UMR Alumni Service Award in 1987, the University Missouri System Presidential Citation in 1996, and the UMR Chancellor’s Medal in 1998. He served as President of the Missouri Society of Professional Engineers, Vice President of the National Society of Professional Engineers PEI, President of the St. Mary’s Health Center Advisory Board, Past President and a Charter Member of the Jefferson City West Rotary Club. Past member of the Trinity Lutheran Church’s Board of Elder’s and member of various other organizations. Calvin is survived by his wife of 59 years, Eva “Jackie” Ochs, two sons, David Ochs of Bolivar, MO and Thomas Ochs of Jefferson City, MO. Mr. Ochs is also preceded in death by his sister, Mildred Brickhaus and his brother, Milton Ochs. Memorial contributions are suggested to Trinity Lutheran Church 803 Swifts Hwy, Jefferson City, MO 65109.