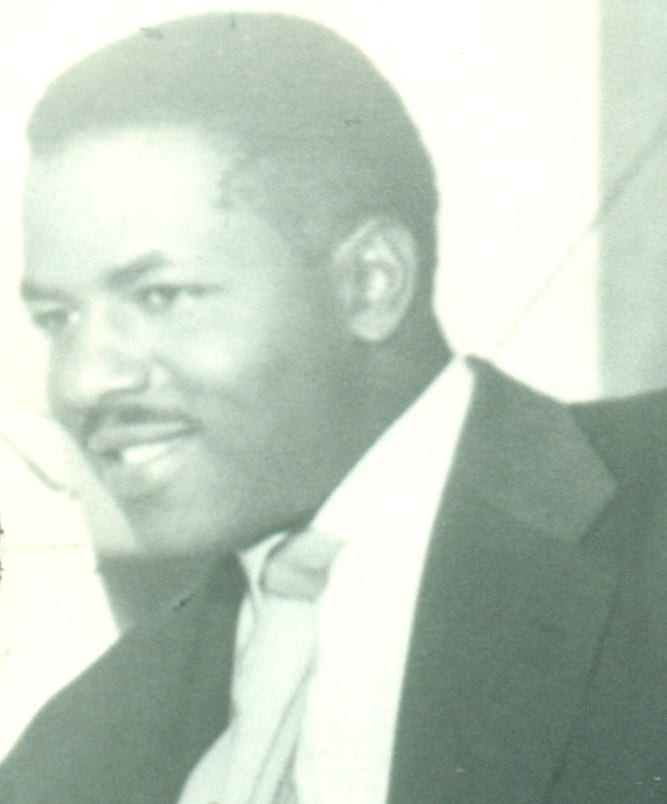 Carol (Carl) Henry Brown, 85, passed away July 2, 2011 at Columbia Manor Care Center in Columbia, Missouri.  He was born August 12, 1925 in Buffalo, New York to Ollie and Lula Brown.  He was preceded in death by his parents, Ollie and Lula Brown, his two brothers Luther and Paul, and his six sisters, Anna, Aileen, Dollie, Dorothy, Evelyn, and Margaret.  He is survived by his youngest and only remaining sibling, his sister Alga Faye Brown.  “Uncle Carl” is survived by many nieces and nephews, who will remember him fondly not only for his “Johnny and Jenny” stories, but also for his endearing ways over the years.  His dear friend and neighbor, Sam, will also miss him.  Always eager to offer a positive thought, encouraging word, or a sincere compliment, Carol will remain an inspiration in the hearts of those who knew and loved him—from his relatives and family in Buffalo and beyond to the many close friends and extended “family” he had from all walks of life (Christians, Buddhists, and others) in California (San Diego to Santa Cruz) where he lived most of his adult life before coming to Columbia, Missouri in February of 2007 to join his sister Alga, his niece April, and her husband James.

Per Carl’s request, there will be no formal memorial services, only Cremation. Instead, he would rather you celebrate his life in whatever way you prefer.  If you are so inclined, the family encourages contributions to the Columbia Manor Care Center (2012 Nifong Boulevard, Columbia, Missouri 65201, 573-449-1246) where Carl spent the last months of his life being attended by a kind and compassionate staff, who came to genuinely care for Mr. Brown and treat him like a member of the family. He spoke often of his concern for those residents at Columbia Manor who did not have family and he was grateful not only for his own family, but also for the way he was received and treated there. Those of us who knew him best will remember his smile, his kindness, his beautiful singing voice, deep and infectious laugh, and his love of life, music, especially jazz, and all things “cool.”

We wish, on his behalf, to leave you with these parting words of encouragement from our dearly beloved and departed brother, uncle, and friend: