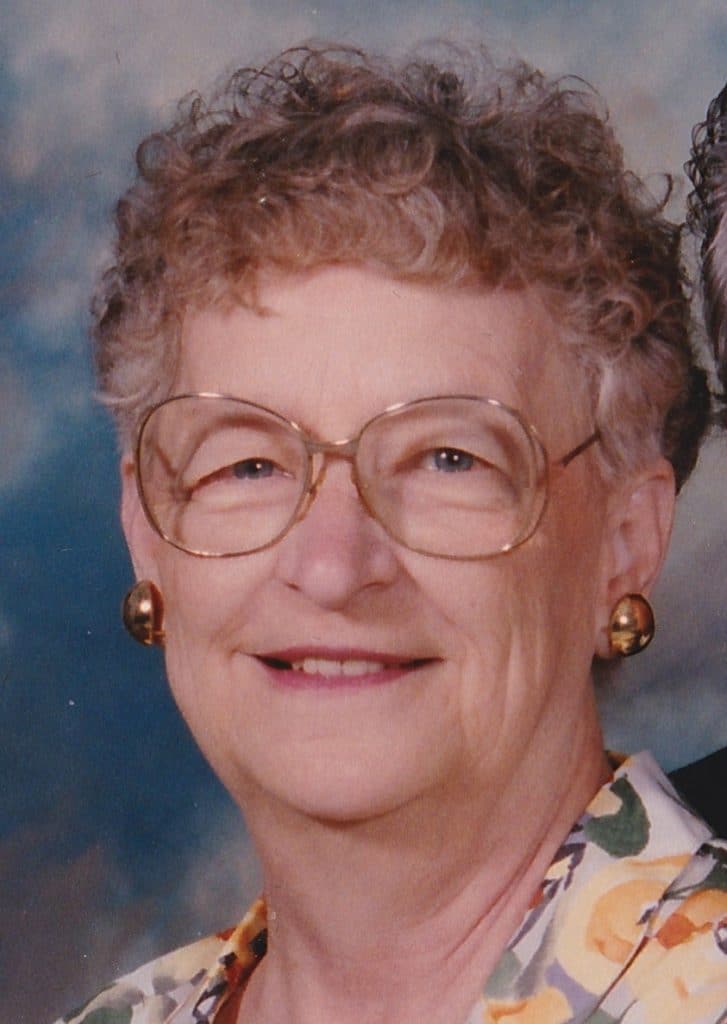 Kitty Rauzi passed away peacefully on April 9, 2018 in Independence, Missouri at the age of 91 years.  She was born Catherine Ann Hasenzahl on October 22, 1926 to Alfred and Margaret Louise Hasenzahl, in Kansas City, where she grew up with her brother Charlie and sisters Mary Lou, Edna, and Dorothy.  Kitty graduated from Paseo High School in Kansas City in 1944.

She met her partner in life, Bob Rauzi, at a church picnic in the early 1950’s.  Kitty declined his offers of marriage until she was sure that his days of rambling adventure were over.  Bob’s love for Kitty eventually won out over his independent streak, and they married on August 13, 1955 at St. James Catholic Church. Their partnership remained a model of love and devotion for 61 years.  In Kansas City, and later in Raytown, Missouri, Kitty fulfilled her life’s true calling as a mother to six rambunctious boys: Dan (1956), Mike (1957), David (1959), Jim (1960), Tom (1961) and Pat (1966). Life in the Rauzi household was messy, noisy, usually crowded but always fun.

In their later years, Kitty and Bob spent their time having one adventure after another: traveling in Europe, wandering across the States with their travel trailer, visiting their boys and growing numbers of grandchildren, and staying active and engaged in life.  Kitty had a knack for never being bored and was always actively engaged in something whether it be reading, following her soap operas, deciphering puzzles or trying something new. She was never known to refuse a game of Rummykub. In her late 60s, Kitty took up Taekwondo and earned her Black Belt at the age of 74.

Kitty was preceded in death by her parents, siblings and husband Bob.  She is survived by her six sons and daughters-in-law Molly (Mike), Tammy (David), Cynthia (Tom) and Kim (Pat).  She also leaves behind 12 grandchildren (Christopher, Eliza, Atticus, Daniel, Stephen, Lainey, Sullivan, Sofia, Clara, Joshua, Ashley and Megan) and four great-grandchildren (Madison, Ryker, Nolen and Ezra), all of whom she loved dearly.  Kitty is also survived by her lifelong best friend, Sr. Timothy Matthews, a friendship that she treasured to the end of her days.

Kitty had a wonderful life.  She shared enduring love with Bob, was ceaselessly proud of her boys and their children, had memorable life adventures and was able to pass her years on her own terms, doing the things she loved and never wanting for that which made her content.  She will be greatly missed. A memorial service celebrating Kitty’s life will be held at Fort Leavenworth cemetery in Leavenworth, Kansas on April 27, 2018 at 11:00 a.m., where she will be interred with Bob.