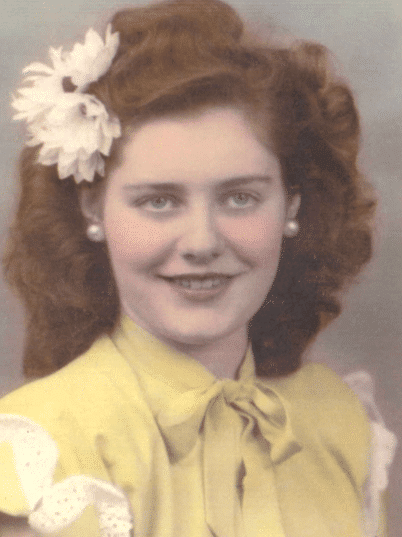 Charlene was born April 25, 1930 in a farmhouse near Blue Mound Kansas. She had goals and aspirations from an early age. She completed correspondence courses from Kansas University to get the credits necessary to graduate from high school early. Charlene turned 16 in April 1946. She graduated from high school in May and moved to Kansas City on Memorial Day that year. She enrolled in the Kansas City Secretarial College where she honed her typing skills and learned short hand for dictation. She developed a life-long friendship with Wilma Rustin, Merrilee Spencer, Elaine Finney, and Wilma Rose Bachman in 1946 and 1947. She met Ray Ulmon Bushner on December 15, 1946 and they were married July 10, 1948 at Broadway Baptist Church in Kansas City. After finishing her training, Charlene quickly became a very successful young secretary. She worked briefly at the American Herford Association before being hired by Jenson Salsbery Laboratory as an executive assistant to the physician who ran the biological laboratory and the pathologist for the laboratory. From 1950 to 1968 she was a stay at home mother for her four children, Ronald, Daniel, Eric and Robynn (Kobayashi). Her husband Ray died June 24, 1992 and her son Daniel died on April 25, 2016. She is survived by her three remaining children, by ten grandchildren, and seven great grandchildren. Her three brothers, George, Gerald, and Virgil Scott all passed before her death.
Charlene returned to the workplace in 1968 working at St. Paul Title Company for several years, then Tom Fish, Forensic Economist for several more years, and finally in a clerical position at crew base at Amtrak in Kansas City for 13 years. She retired in 2001 to spend more time with her grandchildren. When she wasn’t working she was traveling both across the United States and to Tokyo and London where two of her children were living.

Charlene will be missed and remembered by her large family and many, many people whose lives she touched in her long, successful, memorable life