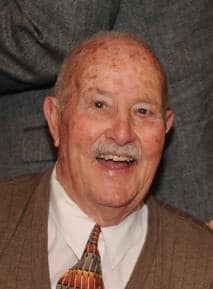 Charles “Charlie” Edward Leggett, 85, of Cameron, Missouri returned to his heavenly home on Sunday, January 7, 2018 at Northcare Hospice, at North Kansas City Hospital. Visitation will be held from 5:00PM-6:00PM, with a memorial service immediately following on Thursday, January 18, 2018 at the Platte City United Methodist Church in Platte City, Missouri. Charlie will be buried in Deland, Florida next to his wife, Dixie.

Charlie was born on December 2, 1932 in Blackshears, Georgia to the late Catherine Leggett and Connie Miller. He started his service in the United States Air Force in 1952. He was honorably discharged from the 84th Fighter Interceptor Squadron out of Hamilton Air Force Base (California) in 1956. He married the love of his life, Evlyn “Dixie” Leggett on June 17, 1958 and helped raise their four children with patience, discipline and humility. His career as a circulation director led the family from Florida to Missouri where Charlie and Dixie lived the remainder of their lives. He was blessed with a life full of love for family, friends and most importantly, his faith in Jesus Christ. Charlie was actively involved in church development and a true example of commitment to faith through tithing and service. He was very proud to be a veteran of the United States Armed Services, and devotion to his country was present every day of his life.

Charlie was a true companion to everyone he met. Whether you knew him or not, his charming personality and sense of humor could lighten a room. His genuine interest in others and commitment to those he loved made evident his faith in a loving and unfailing God. Charlie’s belief in salvation through Jesus Christ and eternal rest gave him a calming joy through the last two weeks of his life. He was at peace knowing he was on “his final mission” to his heavenly home.

In lieu of flowers, the family is asking that contributions be made in Charlie’s name to either the Platte City United Methodist Church or Mary Immaculate Catholic Church (Gallatin, Missouri).