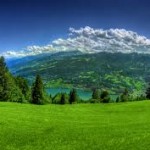 Chuck is the son of the late Herbert Carl and Corene Tucker Frentzel.  He married the late Patricia Ann Winchester on February 18, 1965.  They had one child, Sabrina Ann Frentzel (David) Chambliss, and one grandchild, Evan Lewis, and they survive.

He was preceded in death by his parents, a sister Trudy Frentzel Shaw (1990); two brothers, Victor Carl Frentzel (2006), and Sammy Frentzel (2013). Cremation has taken place and a family memorial will be scheduled later.