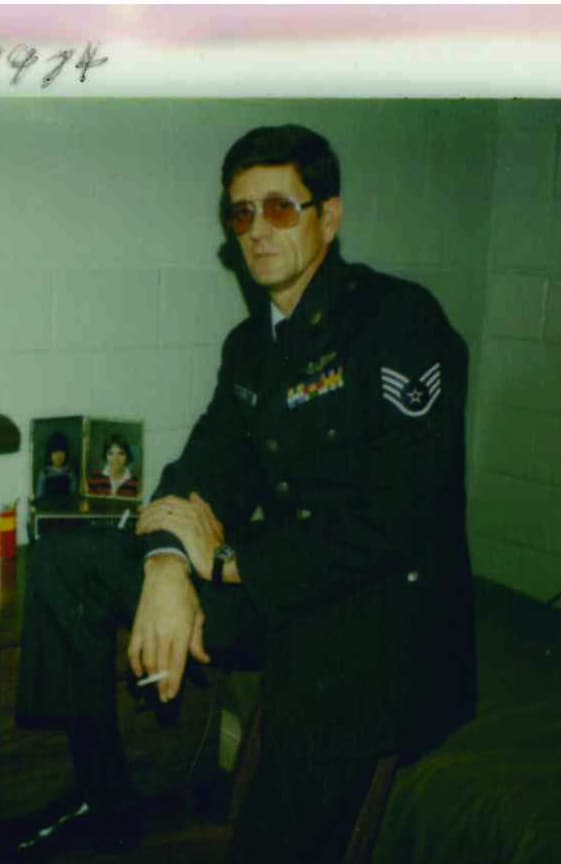 Bill Forbes was born Aug 2nd, 1942 to parents Norris Lee Forbes and Charles Lucille Forbes in Unionville MO. He graduated High School from Unionville in 1961, Trenton Jr College in 1974 with an AA in Industrial Supervision and Management and a degree in “Communications, Microprocessors and Industrial Technology” from the Electronics Institute of Kansas City in 1985.

Bill entered military service with the Air Force March 6, 1964. He served as an Aircraft Electrical Repairman (42350) at the Republic of Vietnam Airbase in DeNang and left active duty afterward, and was honorably discharged from the 479th Field Maintenance Squadron at George AFB in California. He received several commendations, ribbons and medals during that service and for many years to come in the reserves and the Air National Guard including: Vietnam Service Medal, Republic of Vietnam Campaign Medal, Small Arms Expert Marksman Ribbon, Good Conduct Medal, Outstanding Unit Award, Combat Readiness Medal, 15yr Service Ribbon from the MO Air National Guard, among others. He left the service of our nation from Rosecrans Air National Guard Base of St. Joseph, Missouri in October of 1991 a Technical Sergeant (TSgt E6) and Aircraft Loadmaster Supervisor for the C-130 aircraft (11470).

During Bill’s time in the Reserves and Air National Guard, he completed his education and worked at various jobs from retail manager to factory labor and factory maintenance and electrician positions. He attended church in Unionville, Missouri as a child and young man and was baptized with his son, Jim, on April 22, 1973 at First Baptist Church of Trenton MO. He loved hunting, fishing and working with cars and trucks but his passion was always flying with the Air Force.

Bill Forbes passed away Friday June 13th under a full moon at the Missouri Veterans Home in Warrensburg. Bill is survived by his two children, Jim Forbes and Julie Sibbit (and her husband Curtis), a sister Ann Wuthrich (and her husband Richard), five grandchildren, two great grandchildren, several nieces and nephews and many others he claimed as family. He was preceded in death by his parents, wife Rose (Grindstaff) Forbes and previous wife Betty (Smith) Forbes.