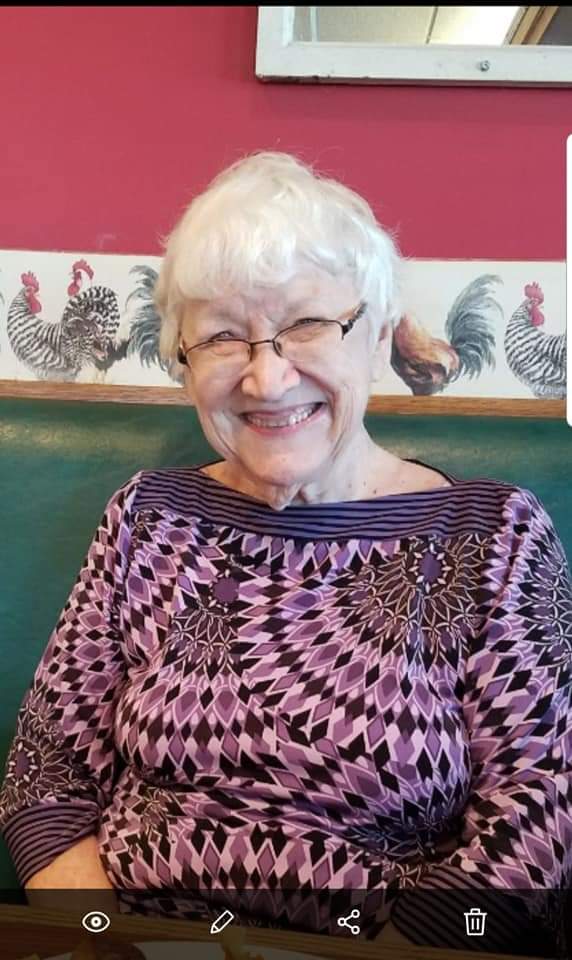 Charlotte Pauline (Penny) Cain Carriker, 83, of Independence, MO was born on April 27, 1937 on a farm near Dixon, MO to Paul Efton and Reba Etta Cain. She passed away peacefully on September 14, 2020 at The Groves, Independence, MO. She moved from rural Missouri to St Louis as a child, then to Kansas City in her teens, and lived in the area, mainly Independence, the rest of her life, excluding a short stay in Baltimore, MD in 1959-1860. She graduated from Central High School in 1955, worked for a few years, in a hospital and for the welfare department, then began to raise her family. Once her children were grown Penny returned to the outside workforce, retiring from the US Department of Agriculture in 1998.

On December 27, 1957 Penny met the love of her life, Kenneth Russell (Ken) Carriker. They were married February 14, 1959, raised two children, and were together until his passing in 2015.

Penny had a great love of music and singing! She sang around the house constantly and loved Barbra Streisand, Neil Diamond, and Tom Jones most of all. She was asked to sing at friends’ weddings and other social functions and enjoyed that immensely. She instilled her love of Broadway musicals in her daughter and granddaughters. She also loved travel, including camping, and visited 48 states, as well as Mexico and Canada.

During her years as a stay-at-home mom, Penny volunteered in her children’s schools, as room mother and in the PTA, rising to president. She also gave her time to Girl Scout troop 633 and Cub Scout pack 253, as a troop leader and den mother. She also participated in bowling leagues and took painting classes, producing many lovely paintings, in addition to taking care of her family.

She was preceded in death by her husband, Ken, her parents and stepmother, her dear grandparents, who helped raise her and her beloved sister Betty Butler. She is survived by daughter Julie Carriker and Lelisia Hall of Savannah, GA, son William (Rusty) Carriker and Denise Thompson of Kansas City, granddaughters Jessica Mobley, Amanda Schelp Iveson, and Caroline YaDullah, great-granddaughters Soraya Standifer and Izara YaDullah, sisters Jeanne Alexander and Jill Thompson, and brother David Cain. She also leaves several nieces and nephews, a large extended family, and many, many friends.

Always thinking of others, Penny chose to donate her body to the National Body Donor Program. A memorial service will not be held at this time, but at a future date. To honor Penny the family requests contributions to the Children’s Center for the Visually Impaired 3101 Main St, KCMO 64111, or Guide Dogs for the Blind P O Box 151200, San Rafael, CA 94915-1200.