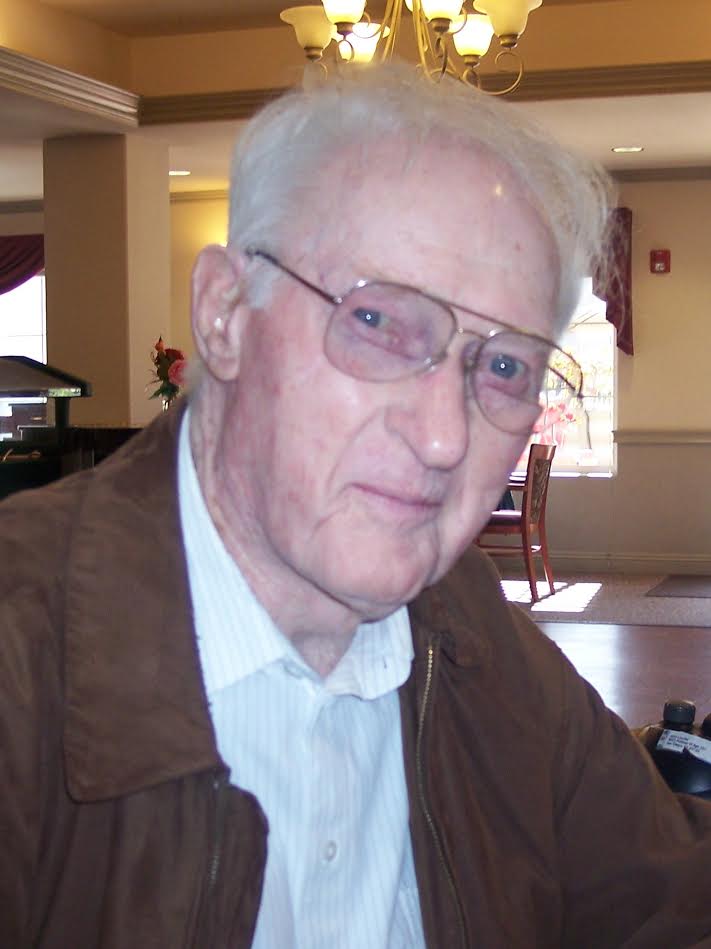 Chester Lee Johnson, Jr., 93, of Lee’s Summit, Missouri (formerly of Fallbrook, California), passed away Wednesday, April 11, 2018, at Saint Luke’s East Hospital, in the presence of his daughter, Janet Lynn Johnson, and her husband, Thomas Bauman, of Palatine, Illinois. He will be dearly missed by them and by his sisters Pauline Stears, of Independence, Missouri, and Irene Glass, of Arlington, Texas. He was preceded in death by his younger daughter, Aileen Gaile Johnson, and his wife of sixty-five years, Gaile La Von Maxey Johnson.

Chester was born August 24, 1924 to Chester Lee Johnson, Sr., and Flora Hildred Westmoreland Johnson in Blue Springs, Missouri. He grew up during the Great Depression in Grain Valley and graduated with an ROTC certificate from William Chrisman High School in Independence in 1942. By March 1943 he had entered the Army Air Corps, serving under General Chenault in China, near Kunming, in the 14th Air Force (heir to the Flying Tigers). Between reconnaissance flights he helped make the first aerial maps of China.

After World War II, he earned a B.S. in Electrical Engineering at the University of Colorado at Boulder with the help of the GI Bill and his wife, Gaile, from Kansas City, whom he met at an ice cream social and married in 1948. He joined the Aeronautical Division of Honeywell in Minneapolis and worked with the Air Force on military avionics. His assignments took “Chet” and his young family across the country to five other states plus the territory of Alaska and entailed temporary duty with the Strategic Air Command in England and North Africa.

At the beginning of the Apollo program in 1962 he relocated to Los Angeles, where as resident engineer he helped design and build the flight control system for the Apollo Command/Service Module that first carried astronauts to the moon. Following a stint as a stockbroker for Hayden, Stone & Co. he worked on national defense-related projects with Honeywell’s Field Marketing division, then moved to Odgen, Utah to open a marketing office that represented six Honeywell divisions supplying systems for Hill Air Force Base Air Logistics Center.

Twenty years later he traded skiing for golf and moved back to Southern California. An avid private pilot, with both an airplane mechanic’s license and an instrument rating, he celebrated his ninety-first birthday by flying one last time before returning to Missouri. Fiercely independent yet ever devoted to his extended family and friends, he was known for his judicious risk-taking, his deeply held ethical values, and his spirited courage in the face of a nearly eight-year struggle with end stage renal disease.