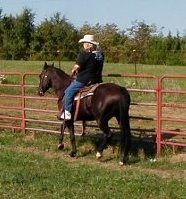 Claire Rajewski, 65, of Columbia, succumbed to a 13 year battle with renal cancer Friday April 5, 2013 at home surrounded by her loving family.  Cremation has taken place and a true celebration of life will be held in early July which will be announced later.  Claire was born July 1, 1947 in Lawrence, MA to the late Michael and Teresa (Cikacz) Wasiejko.  She is survived by her husband Bill of the home, three children James Michael Barker of Columbia, William E. Rajewski, Jr. of Nixa and Jennifer Davidson of Harrisburg, eight grandchildren and three great-granchildren, brother James Wasiejko of Florida as well as numerous neices, nephews, cousins and friends.  Claire is preceded death by her first husband James Barker and her oldest brother Michael Wasiejko.  Memorials are suggested to Columbia Second Chance or the Central Missouri Humane Society.