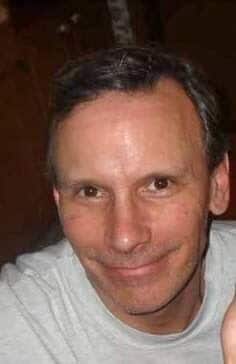 Cris was born October 3, 1957 in Kansas City, MO. He grew up in Independence, Missouri.  He was a Truman High School graduate in 1975 and received a Bachelor of Science degree in Business Administration from Missouri University in Columbia, Missouri in 1979. Cris was Plant Manager of Midwest Chandelier/LSI Industries for over 30 years until 2016.

Cris was a proud father of Jamie, Sally, and Emily, and a proud stepfather of Crystal, Dustin, and Ciarra.  In 2008, he was married to his wife – Cheri – and they celebrated 12 years of marriage together.  Cris was a passionate artist, producing art and music, and was active primarily in two bands, the Porps and the Visitors as drummer and key vocals.

He is survived by his wife Cheri, daughters Jamie, Sally, and Emily, and step-children Crystal, Dustin, and Ciarra, his brothers David Ray and Patrick James, and grand-children Robyn, Eric, Havah, Natasha, and Aria, and many nieces and nephews. He was preceded in death by his father and mother, James and Marilynn Walkinshaw.