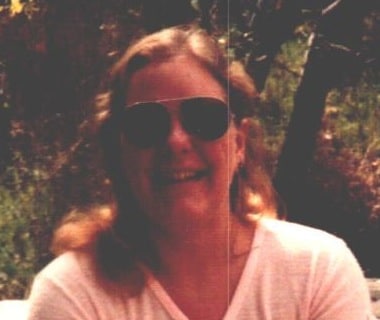 Crystal graduated from Miami University in Ohio, in 1977 with a degree as a RN.  After graduation, Crystal enrolled in the visiting nurses program and worked in Miami, San Francisco, and Phoenix before settling in Columbia, MO.  There she met her future husband, John Humpf, and they were married on July 23, 1983.

The newlyweds settled on a ten-acre mini farm in Englewood, MO where they became proud parents of twin sons; Alex and Max on October 3, 1986.  There were good times in Englewood, raising their children and chickens in the country.  Crystal became certified in archery so she could teach children in her 4-H group.

In 1998 the family sold the farm and moved “to the city” on the outskirts of Ashland.  This residence was Crystal’s dream home; a place where she could raise her sons and their friends could hang out, safely and with supervision.

It was also very important to Crystal to attend the boy’s school sponsored athletic games, both home and away.  Crystal “set the bar” for raising children.  She was a good example for all in love and patience, the same traits she displayed in her long nursing career in Columbia, MO.

Crystal worked at Columbia Regional, Boone, and University Hospital where she made life long friends with doctors, co-workers, and patients; some of whom followed her from hospital to hospital as she provided love and comfort to many through those years.

Crystal’s passing was from a rare form of aggressive cancer.  In the spring of 1995 she had surgery for the condition at Cedars-Sinai Medical Center, the hospital of the stars, in Beverly Hills, CA.  Thanks to the generosity of friends, co-workers and the Ashland community she received state of the art surgery that extended her life many years.  She followed up treatments at Ellis Fischel and SLU.  Sadly she knew this disease would eventually overtake her, but did not let it define her.  She retired in 2009 and traveled extensively and lived life fully everyday.  It was the quality of life to Crystal, no the quantity.  Her family, friends, neighbors, and old colleagues will sadly miss her.

Crystal is survived by her husband, John; her son, Max; her mother, Martha as well as many friends and family members.  Her son, Alex; her father, James; and her stepfather, Bob Burns, precede her in death.

The family of Crystal Humpf would like to send their sincere deepest thank you to Dr. Scoles, Dr. Schlossman, Missouri Cancer Associates, Hospice Advantage, as well as all the staff members, nurses, and friends that helped her through this journey.